Seven reasons to love our flying-foxes

When we think of pollinators, we typically picture the birds and bees that visit our gardens and feast on flowers.

But there’s another species that’s been flying – literally – under the radar, playing a vital role in the pollination of flowers and dispersal of seeds: flying-foxes.

Flying-foxes have been misunderstood by many, but there are so many reasons to love these characterful creatures, from their impressive ecosystem engineering to their cultural significance for some Aboriginal people.

Here are 7 reasons to be a little more appreciative of our remarkable flying-foxes. 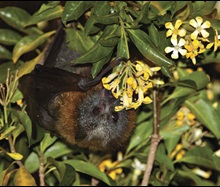 Flying-foxes are known as keystone species, because they help to define their entire ecosystem. They pollinate many of our native plants by carrying pollen from plant-to-plant when feeding and spread seeds through their droppings.

Without them, the beautiful eucalyptus trees we associate with the Aussie bush may cease to exist.

This also makes flying-foxes economically important, because we get timber from the hardwood forests they help maintain. 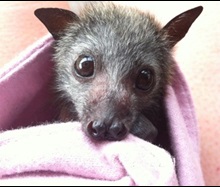 If you haven’t seen a photo of a flying-box wrapped up in a blanket, do you even know what ‘cute’ is?

While only trained carers and experts are permitted to get up close to these gorgeous creatures, flying-foxes have loveable personalities, fluffy fur and adorable faces to boot.

3. Their nomadic movements are amazing and inspirational

Flying-foxes are extremely mobile, travelling far and wide to perform their ecosystem services.

Their nomadic tendencies have been highlighted by a newly-published research paper, in which flying-foxes fitted with satellite-tracking collars were found to travel thousands of kilometres. 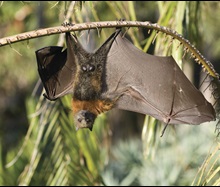 4. They are important seed dispersers for rainforest plants

Because flying-foxes travel such large distances, they can disperse the seeds of rainforest plants in ways that other fruit eaters cannot. This is now particularly important, because rainforests are highly fragmented. A single flying-fox can spread thousands of seeds across 50km of land in one night. 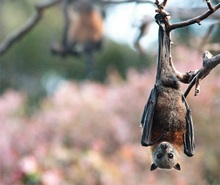 5. They are a significant species for some Aboriginal people

Flying-foxes are known to hold cultural value for many Aboriginal people. They have historically been important as clan totems and art subjects.

For example, the wirambi, or flying-fox, is the totem for the Darug Boorooberongal male. 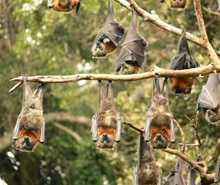 6. Like us, they prefer to spend their downtime with family and friends

Flying-foxes are intelligent and social animals. Though they forage alone, they retire to colonies to roost at sunrise. Flying-fox camps can be a small group of a few dozen, or fluctuate to as large as tens to hundreds of thousands.

Research has confirmed that camps are ‘staging posts’ with a different combination of individual flying-foxes present from day to day.

While roosting in colonies may attract predators, it does help each individual reduce its chances of being taken.

7. Two of the four flying-fox species found on the Australian mainland are found nowhere else in the world

Grey-headed flying-foxes are generally found within 200km of the eastern coast of Australia, from Bundaberg in Queensland to Adelaide in South Australia. The grey-headed flying-fox is sadly under threat in NSW and Australia, due in part to loss of habitat, heat stress and entanglement in power lines, netting and barbed-wire fencing.

The NSW Government’s Saving our Species program is helping to secure a future for this important threatened species, by working with land managers to address conflicts between people and flying-foxes and collaborating with a range of stakeholders and corporate supporters to improve our ability to mitigate threats to flying-foxes. If you live near a flying-fox camp, we’ve put also together some advice and information to help you coexist peacefully with these animals.

Remember, flying-foxes are protected so they can continue their incredibly important ecosystem functions, which help to keep Australia green, clean and beautiful.