Anna Murphy* has been a Saving our Species (SoS) Threatened Species Project Officer at the South-Eastern Regional Office in Queanbeyan for a year after moving from Victoria. She talks about some recent projects and the power of community surveys. 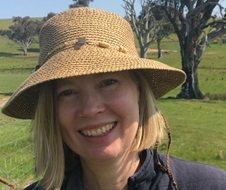 Fourteen valued community volunteers joined our SoS staff to survey 4 sites at Tura Beach on Threatened Species Day, for the endangered Merimbula star-hair (Astrotricha sp. Wallagaraugh). The event was run in collaboration with the Bega Valley Shire Council and The Atlas of Life in the Coastal Wilderness.

“We aimed to locate as many new plants as possible to protect them for the future,” Anna said,” and the day was a great success, with over 150 new plants found!” 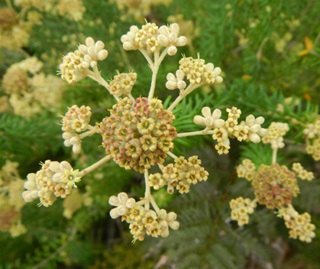 The Merimbula star-hair is an endangered shrub known to occur at only 2 locations in NSW. The largest population occurs in the Tura Beach region on the far south coast. Another smaller population is found further west on the Wallagaraugh River.

“The community volunteers also had lots of fun in the bush learning about their local biodiversity,” Anna added.

Anna also helped mark Threatened Species Day and Landcare Week with a community tree planting on 9 September at the Eel Hole Travelling Stock Reserve near Taralga in southern NSW. The day was organised by local landholder Mark Selmes in conjunction with Saving our Species and Upper Lachlan Landcare.

One of the locals, 90-year Eric, has been planting trees in this area for over 70 years and was a real inspiration to talk to about the diversity of wildlife that used to occur here when he was a child.

“It was a valuable opportunity for ecologists from the Office of Environment and Heritage to talk to landholders about the importance of their local native flora and fauna,” Anna said.

“I spoke about the complex ecology of native orchids and I provided an overview of the Buttercup Doubletail Orchid Project”.

The endangered buttercup doubletail (Diuris aequalis) occurs in very small populations scattered across the Great Dividing Range of NSW from south of Queanbeyan to the Blue Mountains. The project is working with the community to improve the outlook for this rare and highly threatened orchid. 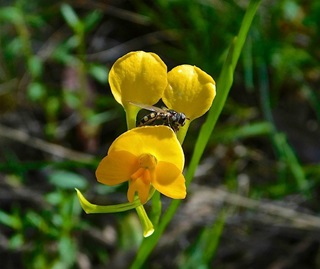 “We would greatly appreciate the assistance of landholders in southern NSW to keep an eye out for this beautiful plant in late October and early November,” Anna said.

What if I find an orchid?

How else can we get involved?

Interested landholders and volunteers are also welcome to contact the Office of Environment and Heritage's Environment Line on 131 555.

*Anna holds a Bachelor of Science (Hons) in Natural Resources Management; Ecology and is currently completing her PhD on the pollination ecology of three species of Swainsona.