National Parks and Wildlife Service has recently become aware of a social media post and correspondence by Aussie Ark that suggests it has trapped and collected threatened broad-toothed rats from within the World Heritage listed Barrington Tops National Park. 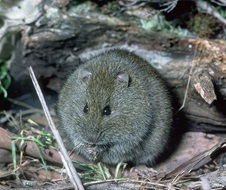 National Parks and Wildlife Service (NPWS) understands the social media post made by Aussie Ark suggests that the collection of broad-toothed rats from Barrington Tops National Park was undertaken in partnership with the NSW Government. This is incorrect.

The collection of a threatened species from a national park is permitted only in limited circumstances, including where authorised under the NSW Biodiversity and Conservation Act 2016 (BC Act) and the NSW National Parks and Wildlife Act 1974 (NPW Act).

The NPWS has directed an investigation into alleged offences under the BC Act and the NPW Act following reports of the capture and taking of a threatened species from a World Heritage listed National Park.

Compliance officers have seized 135 traps that were discovered in the national park.

The matter may also be referred to the Commonwealth to consider whether any breaches of the Environment Protection and Biodiversity Conservation Act 1999 (Cth) (EPBC Act) have occurred.

The broad-toothed rat is listed as vulnerable (threatened) under both the BC Act and the EPBC Act.

The broad-toothed rat population in Barrington Tops was impacted by the 2019–20 bushfires, and NPWS is supporting its recovery through intensive feral animal control and targeted measures to reduce future risks.