NSW Minister for Primary Industries, Katrina Hodgkinson, and Minister for the Environment, Rob Stokes, today announced the commencement of a study to assess the greater Sydney marine region. 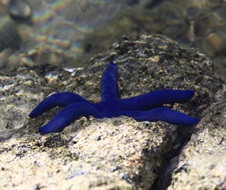 The study will involve a comprehensive assessment of the Hawkesbury Shelf bioregion, which extends from Newcastle to Wollongong and includes Sydney Harbour, Broken Bay, Botany Bay and Port Hacking.

Ms Hodgkinson said the assessment will be conducted in accordance with the NSW Government’s new approach for marine estate management, as recently demonstrated with the passage of the Marine Estate Management Bill 2014 through NSW Parliament.

“It is important we continue to work to achieve a balance of social, economic and ecological needs when considering our marine estate,” Ms Hodgkinson said.

“Our approach is about committing to an evidence-based decision making process when it comes to the management of the marine estate, which considers social, economic and ecological impacts.

“There is no doubt that Sydney Harbour is an iconic and special place, but it is also a functional and working harbour.

“The project will be overseen by the Marine Estate Management Authority (the Authority) with input from the Marine Estate Expert Knowledge Panel, and will include consideration of the new approach as well as an assessment of threat and risks.”

The sites that will be monitored before a report to government in February 2016 are:

Mr Stokes said monitoring and research at these priority sites will inform decision making about the creation of an integrated marine protected area along the metro coast by 2016.

“This research will enable decisions about enhanced and integrated marine protection along the entire Hawkesbury Shelf Bioregion, including Sydney's harbour, estuaries and the metro coastline.

“Rather than making grand, empty promises about vast new marine parks with no detail, we believe that the creation of new marine protected areas that enjoy long term community support should be done from the ground up on the basis of scientific evidence and community engagement.”

Mr Stokes also announced that a report prepared for the NSW Government which collates existing information on the ecological assets, threats, and economic and social values of Sydney Harbour will provide background information into the study.

“The report by the Sydney Institute of Marine Science provides a good grounding for the Hawkesbury Shelf bioregion study to begin,” Mr Stokes said.

Further information can be found at the NSW Marine Estate website.