The National Parks and Wildlife Service (NPWS) has acted quickly to remove over 2000 pest animals including pigs, deer and goats from Kosciuszko National Park (KNP) and other nearby parks to give threatened native wildlife the best chance of recovery after last summer’s fires. 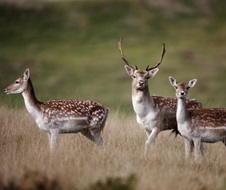 In fire-affected areas, feral pests were easier to spot, giving NPWS staff a chance to make a substantial impact on feral animal numbers before summer.

“This is part of a state-wide program to protect the remaining animal and plant populations and help them recover from the fires which impacted about a third of the Kosciuszko National Park alone,” Mr Pettitt said.

“The teams also targeted nearby fire-affected reserves such as Clarks Hill and Jingellic Nature Reserves.”

The programs did not target horses, which continue to be removed by trapping and rehoming.

Mr Pettitt said aerial shooting was particularly effective in areas of the park that are hard to access for ground control programs such as trapping, baiting and ground shooting.

Ground trapping programs have also been supressing the feral cat population and research indicates this has helped species such as the iconic Mountain Pygmy Possum’s recovery.

Mr Pettitt said feral animals are amazingly adaptive, competing for food, damaging eco-systems and showing resilience in the face of the fires.

“There were higher numbers of sambar deer in some areas where they hadn’t previously been observed and feral cats were spotted on monitoring cameras in possum habitat straight after the fires.

“Removing these pests has benefits on many different levels including helping mitigate the damage to the delicate alpine stream catchments caused by these animals and improving water quality.”