We asked and you answered! These eight species are now twice as nice

Saving our Species recently asked you – the NSW public – to suggest common names for 8 of our State’s native threatened species. On Threatened Species Day, we’re excited to announce the winners and help shine a light on these lesser-known plants. 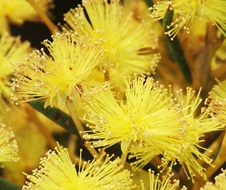 While scientific names are vital for the scientific community to speak about species using a universal and unambiguous language, most non-scientists often refer to our native plants and animals by their common names.

That’s why we thought it was time to dub 8 species with shiny new common names and help our community learn about plants they may not have known about before.

With more than 3000 name suggestions to sift through (including the odd Leafy McLeaf Face, as expected!), the decision wasn’t easy, but the Saving our Species expert panel has narrowed it down to one winner and a runner up for each species you helped rename.

We were delighted to receive several names in local Indigenous languages. We are undertaking consultation with local Aboriginal elders, who can advise whether it’s appropriate to rename species using their language.

From all of us, thanks for being part of the name game – you’ve helped us bring some much-deserved attention and love to our lesser-known threatened species. 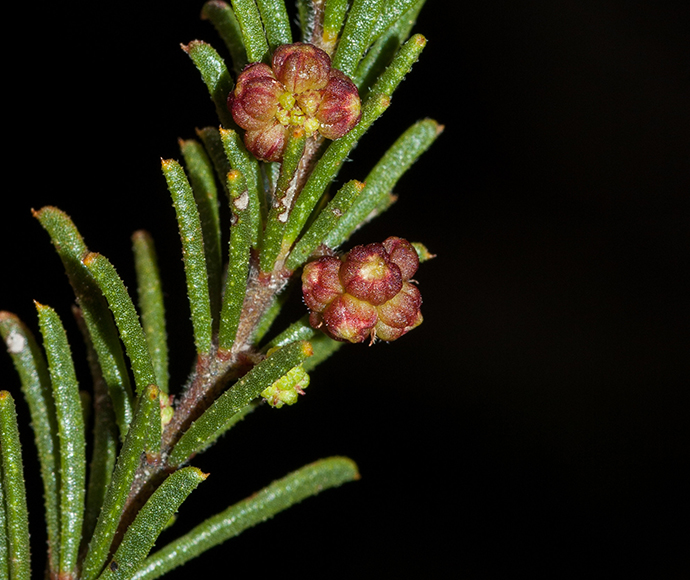 This low growing, well-branched wattle species is a shrub that grows up to 1 metre high with hairy and warty branches. Although it sounds a bit like the Wicked Witch of the West, it grows some pretty flowerheads consisting of 10 to 20 golden flowers, with fruit that is a slightly curved 1 to 2 centimetre long pod.

Location: Central Blue Mountains
Conservation status: Vulnerable
Fun fact: This wonderful wattle likes its personal space and is an expert at social distancing! It prefers open conditions and is rarely observed where there is any shrub or tree canopy development, such as in low, damp heathlands. It often grows on exposed rocky outcrops over a wide range of climatic and geographical conditions. 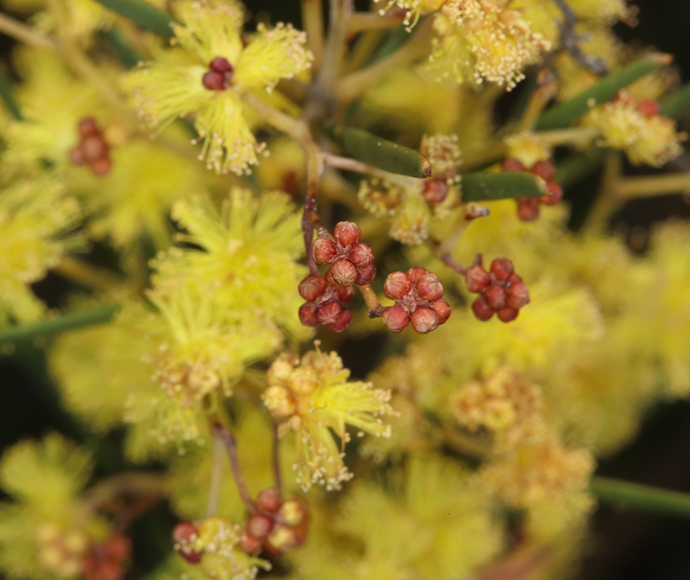 Winner: Barradam-bang wattle. This Wiradjuri word translates to ‘bright star’ in English and was inspired by an entry submitted by Fiona from Lilli Pilli, NSW. We sought consultation from the Wiradjuri community before confirming this name.

No, this is not a type of Brazilian frozen berry smoothie bowl – it’s a species of Australian wattle. The Acacia meiantha is a straggling shrub (how we all feel on a Monday morning after a big weekend) that is roughly 1.5 metres high, with smooth greenish/brown bark and 3 to 5 millimetre, yellow to dark yellow circular flowers.

Location: Central Tablelands
Conservation status: Endangered
Fun fact: Although this fact may not necessarily be ‘fun’, it is interesting nonetheless: illegal rubbish dumping along access to dam and power lines in Clarence, NSW is a big threat to this friendly wattle – so some simple signage and telling locals could help it out a lot!

This orchid is what is referred to as a terrestrial ‘donkey’ orchid, with yellow flowers and blackish markings. You’re probably getting some very strange visuals trying to imagine this quirky-sounding flower, but to make it a little clearer, the petals of the flowers (above the centre of the flower) are widely spaced and look somewhat like donkey ears. The side sepals (below the centre of the flower) are 9 millimetres long and 1.5 millimetres wide, turn downwards and are crossed over.

Location: Sydney region
Conservation status: Endangered
Fun fact: The Diuris bracteata was presumed extinct until recently – for over 100 years, it was known only from the original collection made near Gladesville in northern Sydney. 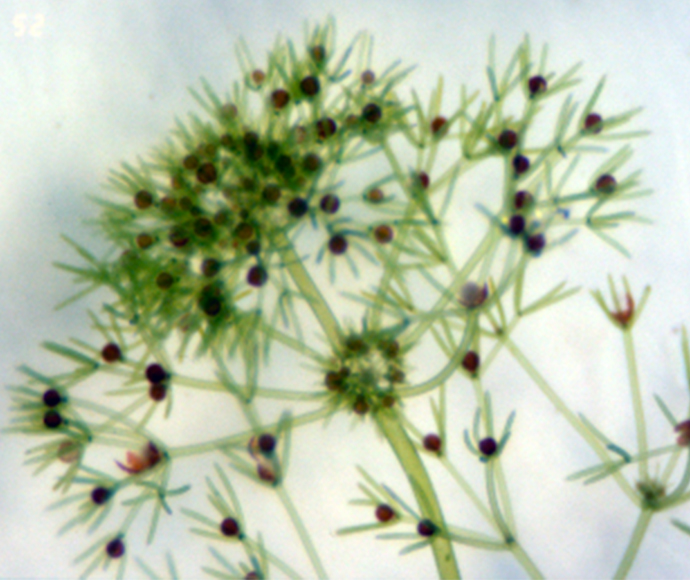 This slippery species is a macroscopic green alga, like a submerged flowering plant, with flexible stems and spirals of branch-like structures that carry reproductive organs (weird right?!) The Nitella partita grows up to 10 centimetres high and is likely to be patchily distributed. Like a true Aussie, it likes the summer heat, growing rapidly in the warmer months before fruiting and dying off in winter. Algae plays a vital role in the ecosystem, producing oxygen and being a food source for a range of aquatic species.

Location: North Western NSW
Conservation status: Endangered
Fun fact: Not only is this alternative algae’s name one letter off from our favourite choc hazelnut spread, it lives in a variety of wetlands – being found in fresh, brackish and salt water. 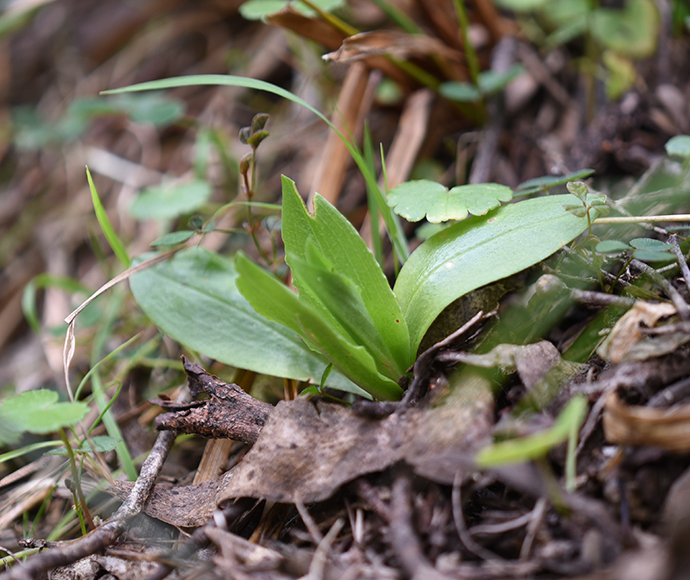 Winner: Gringai greenhood, submitted by Andy from Korora, NSW and Marty from Healesville, NSW. ‘Gringai’ refers to the name of one of the traditional Aboriginal owners of the land on which this orchid is found.

This one-of-a-kind orchid is what is known as a small ‘greenhood’ ground orchid. It grows on the edge of small streams under shrubs and has a loosely formed rosette of 5 to 8 leaves. It boasts a singular flower, formed on a stem of up to 20 centimetres high and flowers from October to November. The flower is a striking blend of green, white and reddish brown. 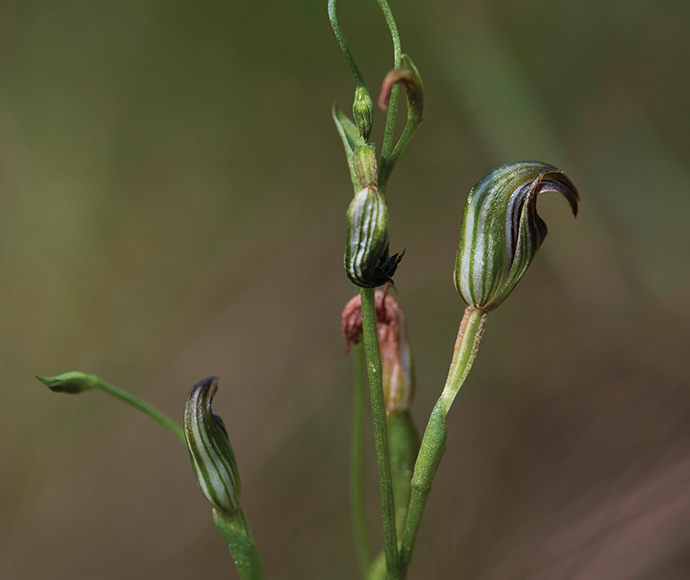 This fabulous plant is known as a ‘perennial terrestrial orchid.’ Looking as otherworldly as it sounds, it grows up to 30 centimetres tall, with a flowering stem emerging that produces 1 to 6 flowers a year. The flowers are approximately 13 millimetres long and 5 millimetres wide and have an ombre vibe going with greener colouring at the base, merging to bright red brown at the flower tips. Distinctively, two of the flower sepals extend above the rest of the flower and often cross over each other. It has a rosette of leaves that pop out to say hello around the same time as the flowering stem.

Location: Shoalhaven, Southern Highlands
Conservation status: Critically endangered
Fun fact: This orchid isn’t shy – in fact, it is often found in more open areas, such as along powerline, road and track easements, where the tree overstorey is thinner. 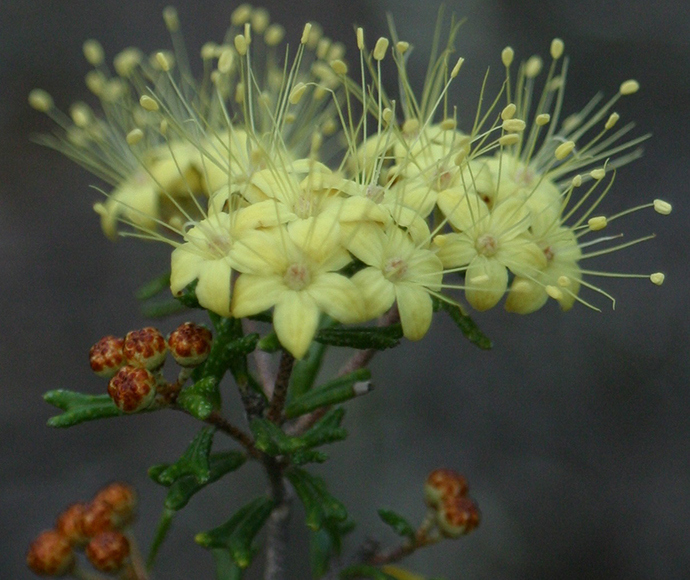 Runner up: Fireworks of Capertee, submitted by Kylie from Portland, NSW

This special shrub is up to 1.5 metres high, with spreading vertical branchlets densely covered in glossy, scale-like hairs. Depending how it feels, the Phebalium bifidum can vary in colour when young, from cream with a scattering of rust-colour scales to a uniform rust-colour. Like most of us, it discolours to a greyish hue with age. A cluster of flowers arranged at the base will produce a group of 2 to 11 flowers with 5 petals, that are cream to bright lemon yellow on the upper surface, with creamy scales changing to a rust colour at the tippy top of the petals on the lower surface.

Location: Capertee Valley
Conservation status: Endangered
Fun fact: This fancy plant is extremely rare, only being known from 4 separate sites from within Capertee Valley – although further investigation is needed to see if additional populations exist, so keep your eyes peeled! 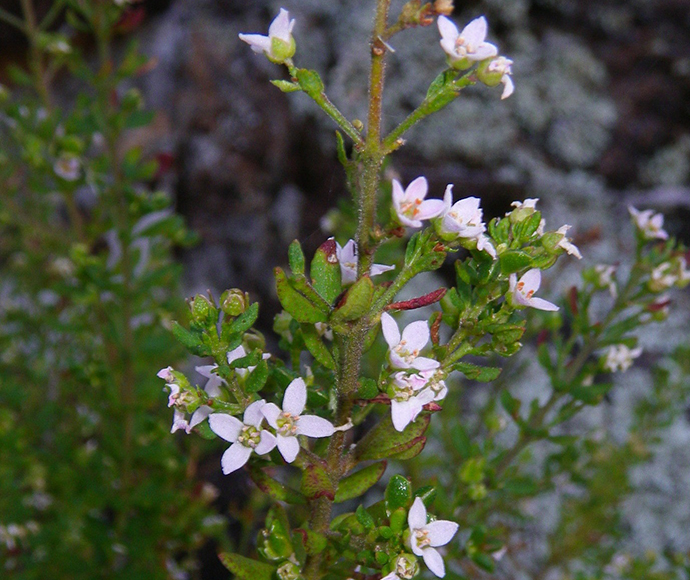 This shrub is a hairy fella, growing up to 20 centimetres tall. It has branches with sparse hairs, leaves with a few simple hairs and a stalk that attaches 1 to 1.5 millimetre leaves to the stem. It has a cluster of up to 7 flowers around the stem, with even more hairs around the base.