The latest Department of Planning and Environment research for domestic visitation to NSW national parks shows visits increased over 16% from 2016 to 2018.

What parks do they visit? 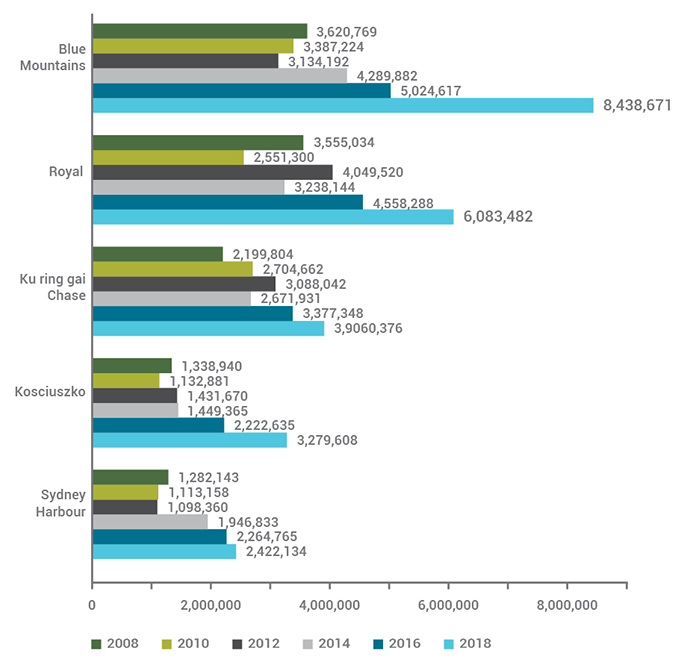 What sort of trips are they on when they visit parks?

Over 40% of visits to our parks are part of a regular routine, 32.4% are day trip based and 19% are part of an overnight or multi-day trip. 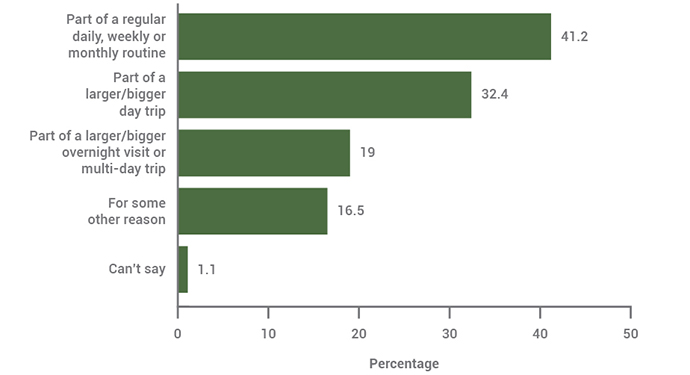 How important are parks for generating tourism travel? 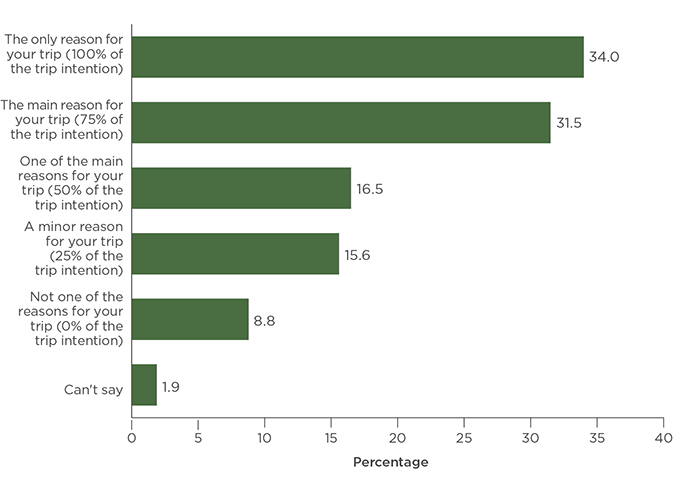 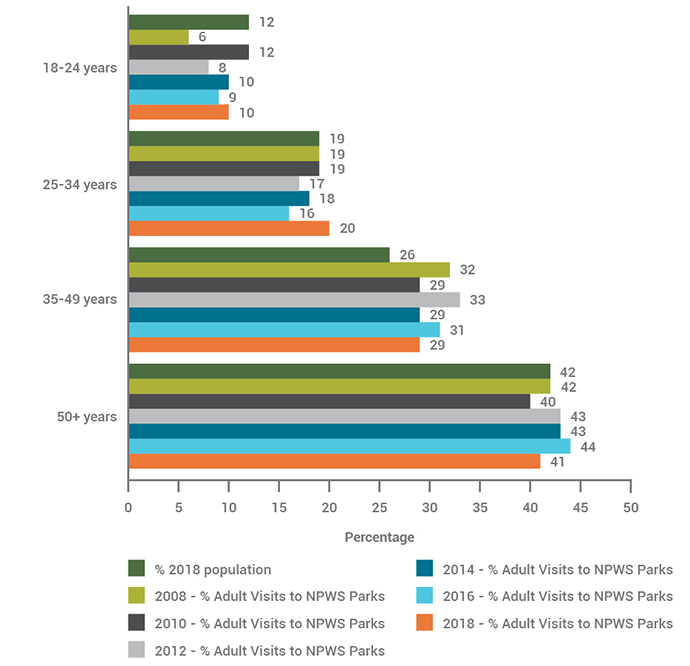 What do visitors do?

Walking is consistently the most commonly named activity undertaken in parks at 64%. Up indicatively  from the level quoted in 2016 (63%). Walking is followed by water-based recreation at (21%) up from 2016, Touring and sight-seeing (14%) and picnicking/dining which remains at (14%).

These are followed by a host of other activities including enjoyment and appreciation of nature, which is up from previous surveys at (6%), followed by cycling, nature play and camping and accommodation.

How satisfied are visitors?

Satisfaction with park visits in 2018 stayed at the high level attained in 2016 with an overwhelming 94% of visitors being satisfied to very satisfied. 65% of those were very satisfied a higher rating than achieved in 2016.

NPWS used a random representative population based telephone (Landlines & Mobiles) survey to collect this data. More than 1200 people were interviewed in 13 four weeks waves in 2018, giving a total of 15,645 interviews. Respondents from NSW, Victoria, Queensland and the ACT were surveyed about NSW parks they had visited within the last four weeks. Visits from the rest of Australia were estimated.

An infographic summary of main findings is in the 2018 Park Visitor Survey Infographic (PDF 185KB).

This survey will be repeated in 2020 to track changes to our domestic visitation.

The study was based on a survey method developed by Parks Victoria. The Department of Planning and Environment wishes to acknowledge the generosity of Parks Victoria in sharing their experiences and the method.


An infographic (PDF 185KB) illustrating some of the summary findings from the 2018 survey and other information relating to NSW national parks, is available.