This survey and GPS tracking research compares the performance of modern technical media with traditional media for park visitor interpretation.

Author copies are available from tourism.partnerships@environment.nsw.gov.au 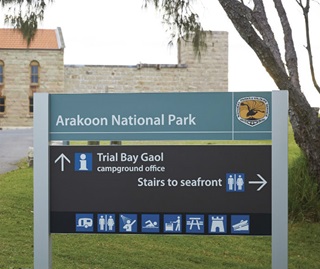 Effective interpretation is an important tool for park managers in attracting visitors and enhancing their experiences. Advances in technology have expanded the range of interpretive media available however their effectiveness in nature-based settings has not been well established.

This research compared the performance of modern technical media with traditional media along the scenic Bradleys Head walking trail in Sydney Harbour National Park within the Sydney metropolitan area. Compared were:

It was hypothesised that people prefer traditional media over modern media as the technicality of the latter may distract from the outdoor experience in the natural environment, which is a major motivation to visit national parks. However, modern media were expected to enhance short-term factual learning and to attract more visitors to stop at sights and spend more time there to engage with interpretation, as well as to motivate them to access sights off the main path.

The media were evaluated by measuring the following:

To evaluate the effectiveness of the different media types this research used a questionnaire-based survey in combination with the GPS tracking of visitors, which is a comparatively new and insightful technique that generates high-precision data on visitor movements. This is the first study that compared the performance of interpretive media based on an in-depth evaluation of spatio-temporal visitor data.

The Interpretive media that attract park visitors and enhance their experiences: A comparison of modern and traditional tools using GPS tracking and GIS technology research publication provides detailed insights on all results including on the effectiveness of GPS tracking and GIS for such an evaluation process and how well this approach complements more traditional techniques.

Figure 1 maps, for example, show how effective interpretive media (all media types pooled) are in attracting visitors to stop for at least 60 seconds at a sight compared to visitors exploring the trail without use of interpretive media: except for at the trail head, virtually nobody stops at the different sights. 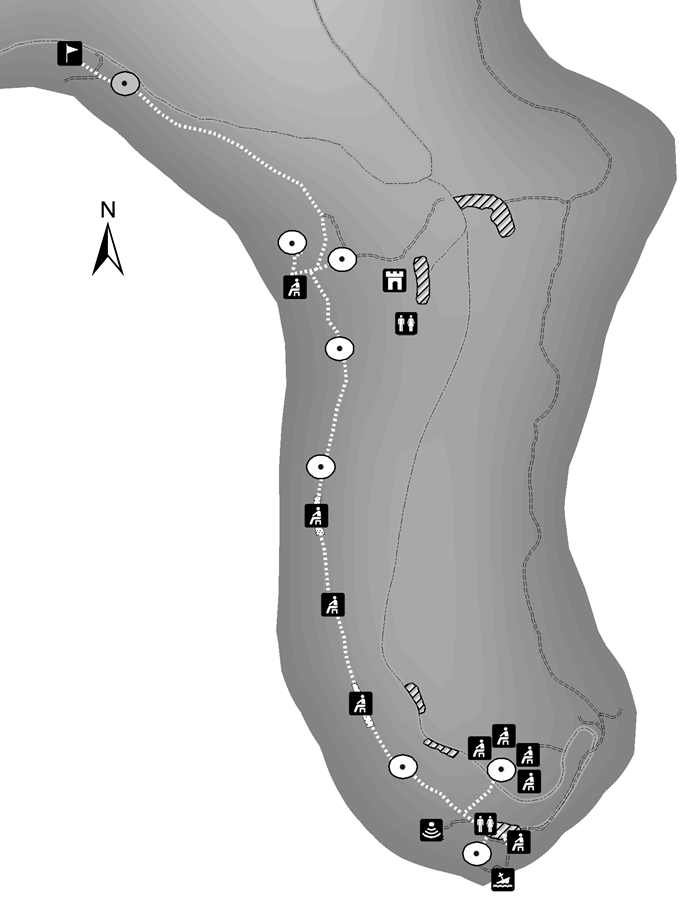 How do modern technical media compare to traditional media as tools for park interpretation?

The GPS Multi-media Navigation Tour was also rated more highly than the audio tour for the overall experience with the medium and for facilitating fun.

Visitors were more willing to provide word-of mouth recommendation for the GPS Multi-media Navigation Tour than the audio tour.

Both modern media achieved the highest satisfaction ratings for discovery and learning and were most efficient at facilitating factual learning. 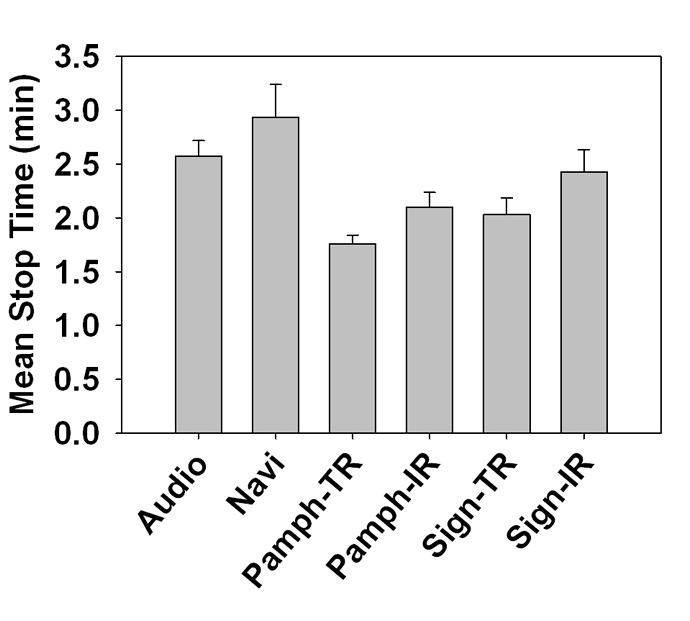 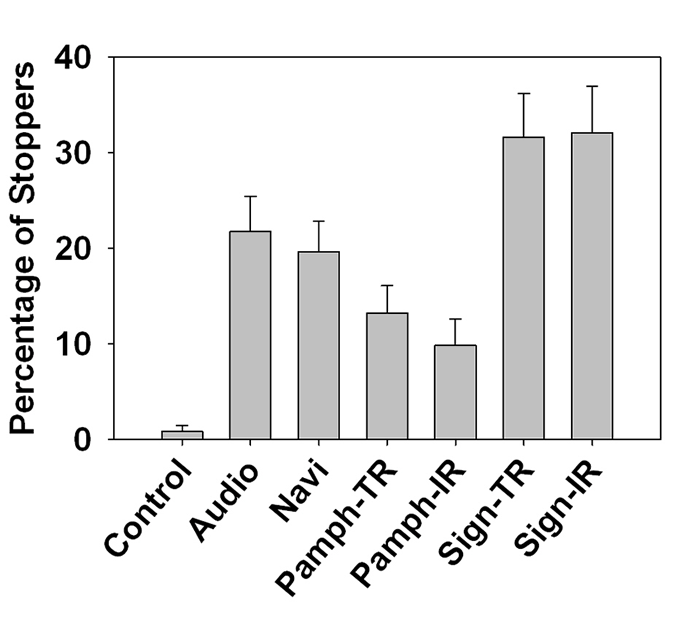 Our research revealed that the choice of media is fundamental for effective interpretation as it influences visitor satisfaction, word-of-mouth recommendation, short-term factual learning and all three attracting, distracting and holding power. These are highly important performance indicators for visitor interpretation in NSW national parks and other protected areas that aim to attract and maintain significant visitor numbers.

While this study demonstrated that modern technical media can be effective tools for park interpretation, traditional media continue to play an important role, especially for those visitors who prefer a nature-based experience without the intrusion of technology.

This research exemplifies how the implementation of GPS tracking and GIS technology is crucial to generate reliable and novel performance measures that assist park management in decision-making on the types of interpretive experiences that best meet their requirements.