The continuing drought has been challenging on many fronts, but researchers continue to generate results and communicate with the local community.

The sampling program at Thirlmere Lakes has intensified as the lakes dry out. There is now a total of 20 shallow groundwater bores installed by the Connected Waters team from UNSW at depths between 2.5 and 8.5m measuring water levels and water temperature to get a more accurate picture of shallow groundwater movements. However, as water tables have fallen steeply in the last few months, these bores may be left high and dry.

The UOW geomorphology team have been drilling boreholes up to 14 and 15m in Lakes Werri Berri and Baraba and while they have yet to find bedrock, they have found that lake sedimentation to be highly variable between depths. This indicates that there were several differing climate regimes operating on the lakes in the last 100,000 years. The lake sediments may be used in the future as a useful regional environmental record. 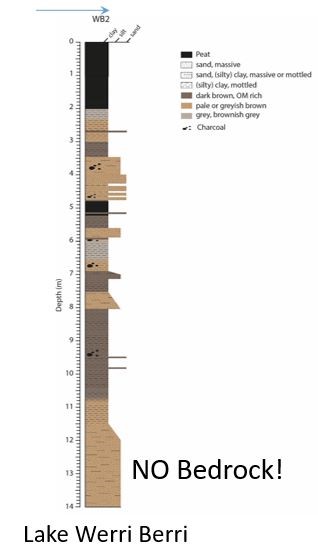 The UNSW geology team have been hard at work analysing rock cores from the deep bores at Lake Nerrigorang. They have found that the Bald Hill Claystone at 102 m below ground level, previously thought to be an impermeable layer between upper and lower sandstone aquifers, is not nearly as impermeable at this location as expected.

The UNSW water balance budget team has been developing an historical model of lake levels dating back to the 1900s. They’ve found that it was likely the lakes were also very dry, during the World War 2 drought in the 1940s. Using water chemistry and isotope analysis the ANSTO team have found that the water in the peat below and surrounding the lakes becomes a more important water source to the lakes as they dry. During small rainfall events, the groundwater that enters the lakes is not part of the actual rainfall event but is groundwater stored in the sediment. This is especially true for Lake Baraba. 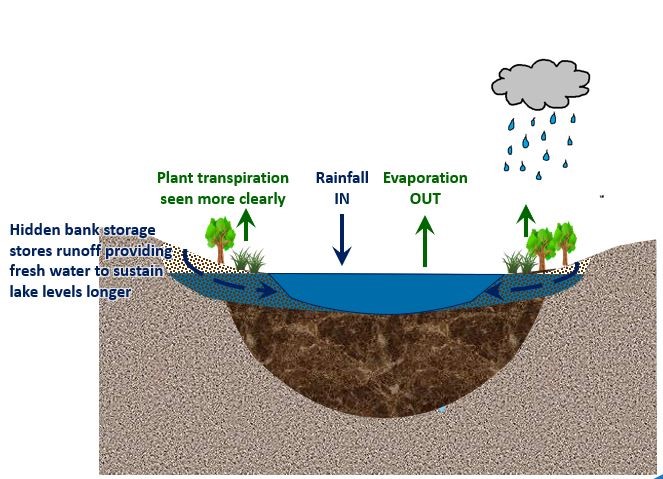 Lake Baraba is, at the time of writing, almost dry. This lake has been the most resilient of lakes but even it has succumbed to the dry weather. The hypothesis that we will be testing over the next month or so is that Baraba’s considerable peat stores and bank sediments are a large water store, providing this lake with water in dry times. We’ll be taking sediment cores in several locations on the lake bed to calculate peat volumes and water holding capacity. We’ll keep you posted on the findings. 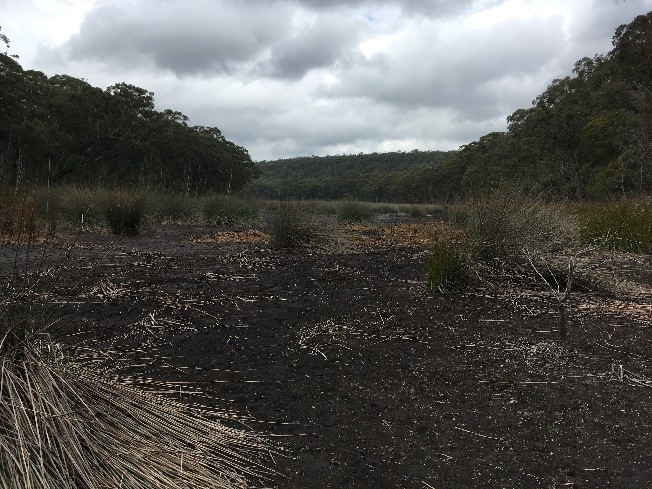 The Thirlmere Lakes team from the Department of Planning, Industry and Environment have been out and about communicating the latest Thirlmere Lake science to some very interested school children from Buxton Primary School and Elizabeth Macarthur High. We had UNSW’s educational model with us demonstrating lake hydrology as well as a couple of real sediment cores from the lakes showing what lies beneath the lake surface. The kids enjoyed getting their hands dirty!

In August we also attended a Friends of Thirlmere Lakes morning tea with local Wollondilly MP, Nathaniel Smith where we spoke about past lake levels and correlations with climatic variables, again demonstrating lake behaviour with the educational model. Communicating the latest research to the local community is an important component of the research program. 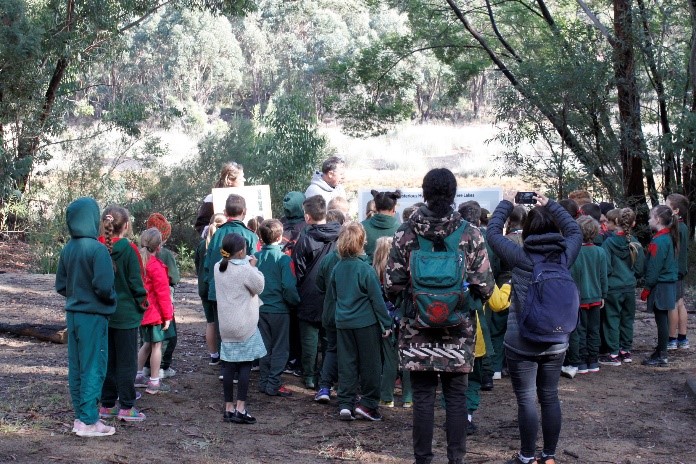 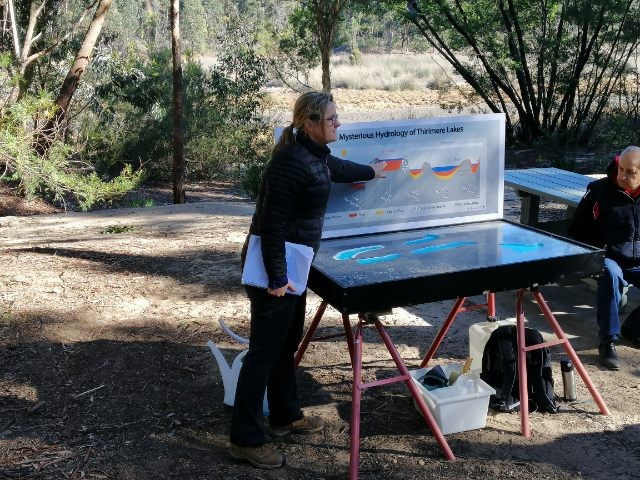