Spot humpback whales migrating up the NSW coast as part of a citizen science project at Cape Solander.

Join a loyal team of citizen scientists who count whales migrating up the coast each winter.

They are part of the long-running Cape Solander Whale Migration Study, which operates from Kamay Botany Bay National Park.

Citizen scientists keep a vigil at Cape Solander from dawn to dusk to see which whales are heading up the coast to the warmer waters off Queensland to breed.

On the busiest days more than 40 humpback whales have been recorded, with 2016 their best season yet since the count started in 1997.

How do I get involved?

Call the Kamay Botany Bay National Park office on 02 9668 2000 to find out how join as a volunteer whale watcher.

Where else can I go to watch whales?

There are some great places along the NSW coast if you want to spot whales but don’t want to take part in a survey.

See Wild about Whales to help you plan your next whale watching adventure.

Other animal and plant surveys

Other types of project 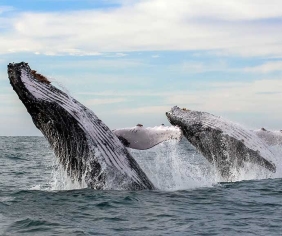 With more than 30,000 humpback whales heading south along the New South Wales coast-many with new calves in tow-people are being urged by th... 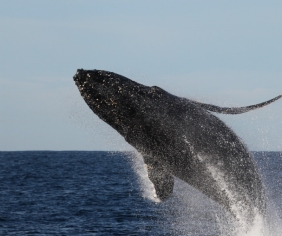 Eagle-eyed whale watchers have counted a record number of whales migrating north along the NSW coast since the volunteer count began in 1998...