The NSW Government is reforming the way Aboriginal cultural heritage is conserved and managed in New South Wales and has received feedback from the public on the proposed new system. The public consultation on the draft Aboriginal Cultural Heritage Bill 2018 closed on 20 April 2018. 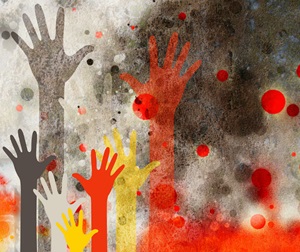 From September 2017 to April 2018 the Government publicly consulted on a proposed new system for managing and conserving Aboriginal cultural heritage in New South Wales. This was supported by the consultation draft Aboriginal Cultural Heritage Bill (ACH Bill) released for public comment in February 2018. The proposals were based on public feedback from 3 rounds of public consultation undertaken between 2011 and 2014.

The public consultation included 2 webinars and 39 public information sessions and workshops, held across New South Wales between September 2017 and April 2018.

Feedback was received from nearly 700 people attending workshops, over 100 written submissions, verbal submissions, and feedback through the NSW Government’s Have Your Say online portal.

The summary of submissions report provides an overview and analysis of the feedback provided. This includes feedback received through workshops and written and verbal submissions. While it is not an exhaustive record of every comment received, it gives a representative summary of the comments and issues raised.

For the 2017–2018 pubic consultation, over 70 authors gave permission for their submissions to be published.

Where is the process up to?

Feedback from the public consultation showed there is much support for the reforms. However some submissions, including from Aboriginal communities, raised issues that needed further consideration. This led to additional targeted stakeholder consultations during January and February 2019, and some further work to refine the proposals in the draft Bill.

If the draft ACH Bill is passed by Parliament, it will become the Aboriginal Cultural Heritage Act. The new governance structure, conservation tools and new assessment and conservation plan processes will take time to put in place, and implementation will occur over a number of years.

The first priority will be to establish the Aboriginal Cultural Heritage Authority, which will work with Aboriginal people and other stakeholders to prepare, consult on and publish detailed policies and guidelines for the implementation of the new framework. This will take a number of years, during which time there will be multiple opportunities for further stakeholder input.

To stay up to date on the next stages of the reforms send your contact details to the ACH reforms team at: ach.reform@environment.nsw.gov.au

To assist the public and key stakeholders understand the proposed new system, a series of videos were developed:

Videos 3 and 4 provide more detailed information about the different components of the proposed new system.

The NSW Government has developed a new legal framework to improve the way Aboriginal cultural heritage is protected, managed and celebrated in NSW.

This report provides a summary of submissions received on the proposed new legal framework for the protection and management of Aboriginal cultural heritage in New South Wales.