The Aboriginal Cultural Heritage Advisory Committee (ACHAC) was established in 2006 under the National Parks and Wildlife Act 1974. The Committee advises the Minister and the Chief Executive of the Department of Premier of Cabinet on matters relating to identification, assessment and management of Aboriginal cultural heritage in NSW.

This includes providing strategic advice on Plans of Management, heritage impact permit processes and matters referred to the Committee by the Minister or the Chief Executive.

Nominations for membership of the Aboriginal Cultural Heritage Advisory Committee

The NSW Government is inviting nominations for membership of the Aboriginal Cultural Heritage Advisory Committee (ACHAC).

There are 4 positions that are required to be filled during this process.

Your nomination must demonstrate:

Your written consent to the nomination is required for your nomination to be accepted.

The closing date for receipt of applications is 25 October 2019.

Role of the Committee expand

That Aboriginal peoples' Country, culture, physical and spiritual connection to their land and waters is recognised, cared for and respected by all people, today and into the future.

To develop policies to support Aboriginal land owners and land managers to manage their lands for socio-economic, cultural and environmental outcomes.

Committee members have vast and diverse knowledge and understanding of Aboriginal culture and heritage. This knowledge is unique because it comes from their own experiences of working on Country in their local communities. Membership reflects the diversity of the Aboriginal population of NSW and achieves a gender balance. Membership includes: 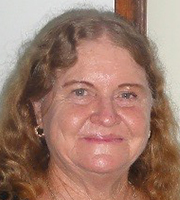 Glenda is a member of ACHAC, appointed under Section 2(d)(ii) and (iii) of Schedule 9 of the National Parks and Wildlife Act 1974. Glenda is one of the original members appointed to ACHAC when it was established in 2006.

Glenda is a Dharawal woman of the Cubbitch Barta Clan and a descendant of the survivors of the 1816 massacre who moved to John Macarthur’s property at Camden. Glenda is passionate about cultural heritage and works on heritage matters every day. She is party to a registered Indigenous Land Use Agreement and is part of the Cubbitch Barta Native Title Claimant process.

Glenda’s roles on these committees, participation in Aboriginal archaeological fieldwork and her status in her community, means she understands the stories and material culture of the Dharawal area. She knows the importance of heritage to Aboriginal people and future generations, the potential impacts – including the threats to cultural heritage conservation faced by the increasing residential development. 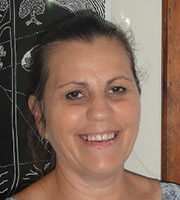 Sharon is a member of ACHAC, appointed under Section 2(d)(iii)of Schedule 9 of the National Parks and Wildlife Act 1974.

Sharon is a Wiradjuri- Wangaaypuwan woman, born at Gilgandra and raised on farming country at Gulgong with family connections to the Dubbo, Wellington and Nyngan area. Sharon is also heavily involved in the Central Coast and Hunter regions’ Aboriginal community where she has lived for over 35 years. Sharon is a member of Darkinjung Local Aboriginal Land Council and was their Senior Aboriginal Cultural Heritage Officer before moving to Forestry Corporation of NSW as the Aboriginal Partnerships Liaison for the Hunter-Central Coast. Sharon has many years training and working in Aboriginal Archaeology and is a current student at the University of New England Armidale. Sharon is also a member of the Australian Archaeological Association, Australian Indigenous Archaeologists Association, National Parks and Wildlife Service- Hunter Central Coast Regional Advisory Committee, the Australian Rock Art Research Association and has been invited onto the ICOMOS National Scientific Committee on Rock Art Australia and Australian Archaeological Association (AAA) Indigenous Liaison Officer.

Sharon is passionate about Aboriginal heritage and culture. She ensures there are opportunities to practice culture, teaching and sharing widely particularly with her children and grandchildren. Through her roles and memberships, she is well respected for her knowledge of stories, material culture and the impacts and threats to Aboriginal cultural heritage currently posed through mining and other development.

Iris is from the Far South Coast of NSW with traditional connections to the Walbanga and Djirinjarn people and is a Registered Aboriginal Owner of Gulaga and Biamanga National Parks.

She also has traditional ties to the Monero-Ngarigo people of the Snowy Mountains and the Monero Plains. Iris has extensive governance experience and has represented community interests at a local, state and national level.

She is also a former Member of the Southern Rivers Catchment Management Authority and the Regional Communities Counsultative Council and was a founding Member and a previous Chairperson of the Aboriginal Legal Service NSW/ACT Pty Ltd.

Through these roles, as well as her active participation in community organisations, Iris has been involved in negotiations for handback and Joint Management of Culturally significant landmarks. She is passionate about improving the integrity of information and processes for protecting Aboriginal culture and a strong advocate for truth-talking in regard to Right People, Right Country. 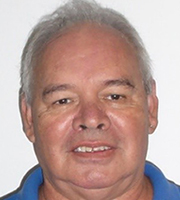 James is a member of ACHAC, appointed under Section 2(d)(i) of Schedule 9 of the National Parks and Wildlife Act 1974.

James is a Wiradjuri man from Orange. He is a member of the Gunni Thakun Cultural Association, National Parks and Wildlife Advisory Committee – Western Rivers Region, Orange and Bathurst Local Land Council and Wiradjuri Elders Group. James currently works in providing family and community services in his local area.

Through his roles and work across different committees and status in his community, James has an acute understanding of social issues for Aboriginal families and young people. James understands the effects of dislocation and destruction of cultural heritage and is aware of the need and importance of stories, language, songs and material culture of the area for Aboriginal people to strengthen their identity and culture.

James would like to see as part of his role on ACHAC more holistic ways for Aboriginal cultural heritage to be recognised and protected.

Ray is a member of ACHAC, nominated by the Heritage Council of New South Wales, and appointed under Section 2(b) of Schedule 9 of the National Parks and Wildlife Act 1974.

Ray is a Dunghutti man from the mid north coast of NSW. He was awarded a doctorate from the University of Newcastle for his study of Aboriginal languages. He is a member of the Heritage Council of New South Wales and has been involved in Aboriginal community development and cultural heritage for over thirty years.

Through his career, research and status in his community, Ray has a deep understanding of stories, language, songs and their importance, along with other expressions of Aboriginal culture to Aboriginal people. Dr Kelly reflected “it is heritage, then culture, not the other way around. Heritage comes before culture. I’m here to continue the conversation and try to sort out how to, where to and why”. 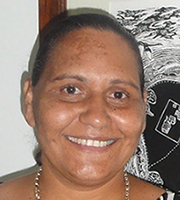 Natalie is a member of ACHAC, nominated by the Native Title Services Corporation Limited (NTSCORP), and appointed under Section 2(c) of Schedule 9 of the National Parks and Wildlife Act 1974.

Natalie is a Bundjalung woman originally from South Tweed Heads and has worked for NTSCorp since 2002. Prior to that, Natalie served as a NSW Aboriginal Land Council Regional Chair and representative on the NSW Natural Resources Advisory Committee and is currently Deputy Chair of the NSW Aboriginal Fishing Advisory Council.

Through her career, and as a leader in committees across NSW, Natalie has a broad appreciation of Aboriginal cultural issues across the state and promotes the integral link between the environment and culture for Aboriginal people 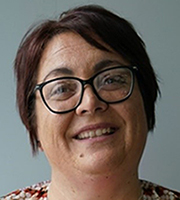 Leeanne is a member of ACHAC, nominated by an Aboriginal Elders Group, and is appointed under Section 2(d)(i) of Schedule 9 of the National Parks and Wildlife Act 1974. 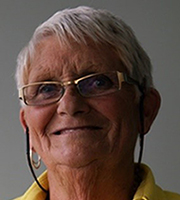 Helen is a member of ACHAC, appointed under Section 2(d)(ii) and (iii) of Schedule 9 of the National Parks and Wildlife Act 1974.

Helen is a Wiradjuri woman of the Wiradjuri clan. Her family has been involved with local community since the early 1920s. She is passionate about cultural heritage and works on heritage matters every day.

Helen is a founder of the Mingaan Wiradjuri Aboriginal Corporation where she currently serves as Treasurer among other distinctive roles within the corporation. She is a volunteer of the National Parks rock art programs and is a member in the Aboriginal Wiradjuri Council of Elders. Helen sits on the committee of the Nepean working party which covers Aboriginal health.

Her roles on these committees, and participation in Aboriginal culture and fieldwork, along with her status in the community, indicates she understands the stories and material culture of Wiradjuri country. She knows and understands the importance of heritage to Aboriginal people, their future generations, and the potential impacts.

Helen’s goal is to see Aboriginal cultural heritage legislation developed that included improved processes of speaking for Country and protecting Aboriginal heritage and culture through the land and the people.

How often does the Committee meet? expand

The committee may, by resolution, hold one regional meeting per year. Ordinary meetings are otherwise held in the Sydney metropolitan region.

Who administers the Committee? expand

The Heritage Division provides secretariat services, strategic and logistical support to the Committee.

On behalf of the Chief Executive of the Department of Premier and Cabinet, the Director, Heritage Division will attend Committee meetings in a non-voting advisory and support capacity.