Information about 2018 woody vegetation change for all of NSW (Part 1) and landcover (woody and non woody) change on Rural Regulated Land (Part 2).

Across NSW, 60,800 hectares of woody vegetation was lost in 2018 (excluding fire areas that will regenerate). This compares to the previous year’s total of 58,000 hectares.

The amount of land use change attributed to agricultural activity in the recent period is higher than the average observed under the previous legislative framework. 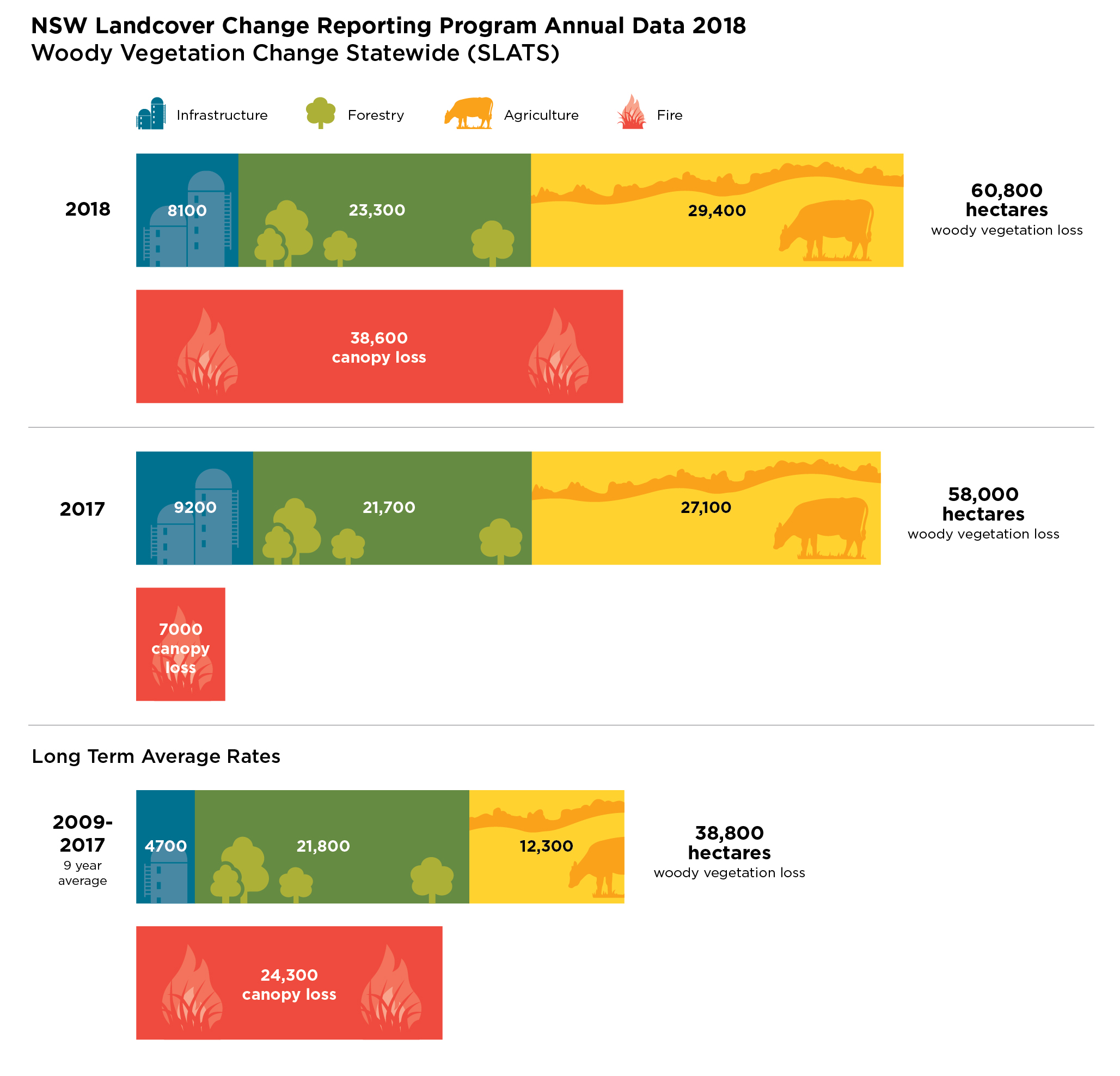 2018 Data and Summary Report for Woody Vegetation Change in NSW

In 2018, approximately 42,000 hectares of non woody (grasses, small shrubs and groundcover) vegetation and 34,000 hectares of woody vegetation was lost on Rural Regulated Land. Data for Rural Regulated Land is being reported for the first time, representing that part of the state subject to the Local Land Services Act – Part 5A, which came into effect in August 2017.

Approximately 43 million hectares (54%) of land in NSW has been categorised as Rural Regulated Land and subject to the provisions of the Land Management (Native Vegetation) Code 2018.

The Local Land Services Act 2013 provides for transitional arrangements for determining land categorisation. Until an area has been designated on the Native Vegetation Regulatory Map, landholders can self-assess groundcover (grasses, forbs and herbs) to determine the area’s regulatory status (Category 1 – Exempt land, or Category 2 - Regulated land). Landholder self-assessment of groundcover within the transitional mapping period will contribute to non woody vegetation cover change.

Under the Local Land Services Act 2013, the aim of the Land management code is to:

(a) authorise clearing of native vegetation on Category 2-regulated land,

(b) provide for establishment and management of set aside areas, and

Within the landcover change figures, the majority of authorisations relate to activities, such as managing invasive native species, woody regrowth and treating weed dominated groundcover.

2018 Data and Summary Report for Rural Regulated Land in NSW