We report vegetation change in New South Wales (NSW) by:

Results for the 2020 Statewide Landcover and Tree Study show that 51,400 hectares of woody vegetation was lost. Woody vegetation loss was slightly less than the previous year’s total of 54,500 hectares. This excludes fire-affected areas, which have the potential to regenerate.

Read more about the Statewide Land and Tree Study program. 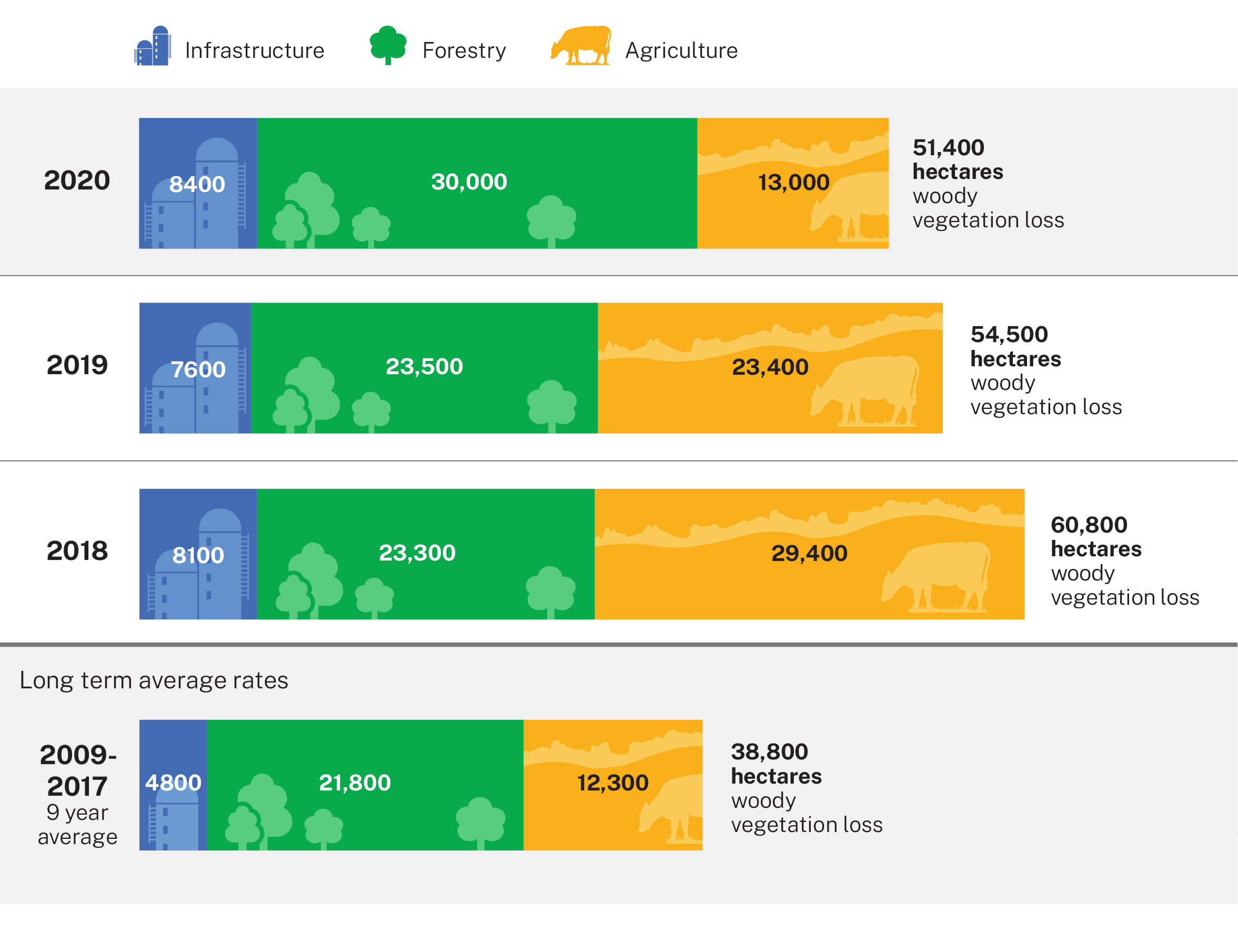 In 2020, about 47,200 hectares of non woody vegetation, such as grasses, small shrubs and groundcover, and 21,100 hectares of woody vegetation was lost on rural regulated land. Rural regulated land represents the area of the State subject to Part 5A of the Local Land Services Act 2013 (LLS Act), which came into effect in August 2017, as well as the provisions of the Land Management (Native Vegetation) Code 2018 (Land Management Code).

About 43 million hectares (54%) of land in New South Wales is categorised as rural regulated land.

The LLS Act provides transitional arrangements for determining land categorisation. Until an area has been designated on the Native Vegetation Regulatory Map, landholders can self-assess groundcover such as grasses, forbs and herbs to determine the regulatory status of an area (Category 1 – exempt land, or Category 2 – regulated land). Landholder self-assessment of groundcover within the transitional mapping period contributes to reported changes in non woody vegetation cover. 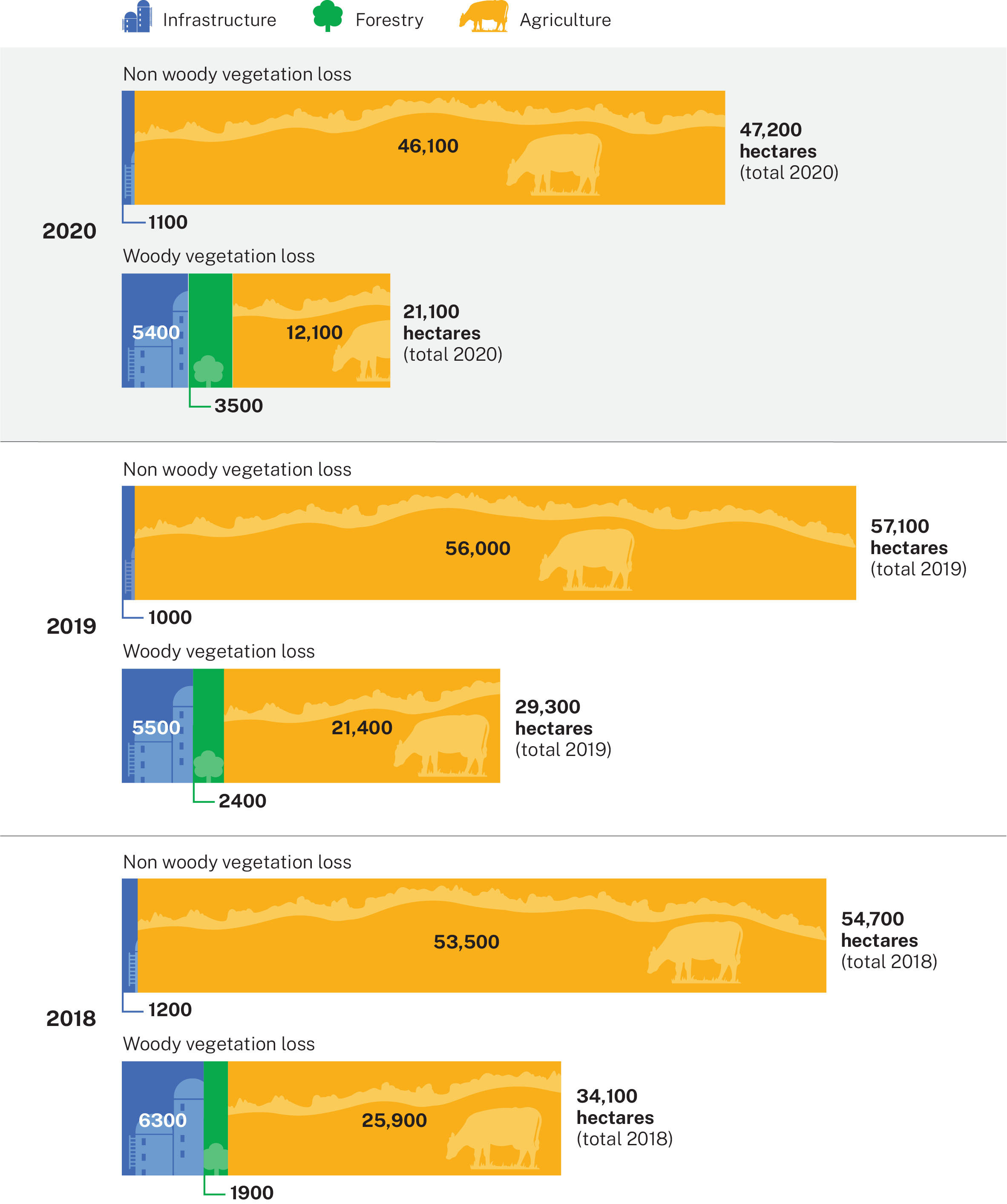 Figures for the 2019 non woody vegetation loss have been updated to include areas noted as possible clearing in 2019 that were confirmed using the 2020 analysis. This is due to higher resolution or later imagery that verifies previously detected change as a conversion from native vegetation to cropping. Further information is available in the summary report.

Under the LLS Act 2013, the Land Management Code:

Unallocated clearing refers to clearing for which the Department of Planning and Environment (the department) does not have a record of authorisation.

Unallocated clearing may include lawful clearing of landcover on rural regulated land that does not require an approval, notification and/or keeping of records; vegetation loss which the department does not have access to information or records that authorise or explain the clearing; as well as areas that have been cleared unlawfully or are not fully compliant with approvals.

The department and Local Land Services are working together to consider how some unallocated clearing can be identified and explained. This includes gathering available evidence and data to allocate clearing events, where possible, as either:

Data for 2020 and previous years is available in Results for landcover change on rural regulated land 2020 (XLSX 972KB).

Each FESM annual report will summarise the fire season for that year and be accompanied by a spreadsheet with data analyses for the reported fire season, as well as comparisons with previous fire seasons.

Data is also publicly available through the Sharing and Enabling Environment Data portal.