National Threatened Species Day is commemorated across the country on 7 September to raise awareness of plants and animals at risk of extinction.

In NSW alone there are close to 1000 animal and plant species at risk of extinction.

Threatened Species Day is when we turn the spotlight on native plants, animals, and ecosystems that are under threat and reflect on how we can protect them into the future.

The day also celebrates the amazing work that is being done to save them by passionate conservationists, researchers, volunteers, and community experts.

Find out what is happening near you or what you can do to get involved for National Threatened Species Day, 7 September 2019.

Find out what events and activities are happening in your local community. 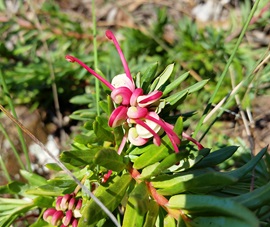 How to host a Threatened Species Day event

Our guide has advice and resources for running a successful Threatened Species Day event in your business, school or community.

You can also download a resource kit to make threatened species masks and head bands.

How is Saving our Species helping

Watch videos about some of the recent Saving our Species projects and how they are helping NSW threatened plants and animals. 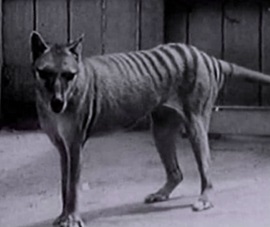 Threatened Species Day was declared in 1996 to commemorate the 60th anniversary of the death of the last remaining Tasmanian tiger (also known as the thylacine) at Hobart Zoo in 1936.

Threatened Species Day is a time to reflect on what happened in the past and how similar fates to the thylacine could await other native plants and animals unless appropriate action is taken.

Watch film clips of thylacines in captivity that include the last film footage of the species.

Why are threatened species important?

Saving threatened species is important for a healthy and diverse environment. Once plants and animals become extinct they are gone forever.

Today most species become threatened because of habitat destruction and the invasion of non-native species. With effective management almost all threatened species can be protected.

Helping people understand the problems that cause plants and animals to become extinct can help us to effectively manage threatened species in NSW. Being aware of how our actions can increase the risk of species loss and curbing these activities will support conservation efforts to prevent species becoming extinct in the wild.

We encourage everyone, whether you are a scientist, an artist, a business person, a sportsperson, an educator, work for local government or just love plants and animals, to do something to celebrate National Threatened Species Day and our unique threatened wildlife.

How can you help?

No matter what your background, age or expertise, you can get involved with conservation programs and help the recovery of threatened animals and plants. Learn more about how you, your school or community can get involved.

This guide is intended to help community organisations, schools and businesses around New South Wales to host an event to increase awareness about the plight of threatened plants, animals and birds in their local area.