Saving our Species is excited to announce our 2022-26 Conservation Co-Investment Partners, who are co-investing on a range of vital projects that benefit threatened species and ecological communities. 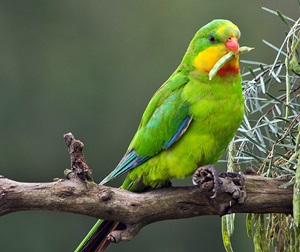 The conservation co-investment program was first developed in 2018 as a funding delivery model for landscape-managed species and threatened ecological communities. This has proven to be a successful partnership model for large-scale projects. Saving our Species (SoS) will be co-funding almost $1.8 million and is looking forward to working together with the below organisations to continue this important initiative.

The more people, organisations, resources and expertise we can devote to our threatened species, the more positive outcomes we can achieve for our plants and animals facing extinction.

Species that will benefit:

Project: Conservation actions for Lowland Rainforests in the Jaliigirr Landscape

Why are we doing this?

The conservation co-investment model is a co-funding scheme. Partners are required to source financial contributions to match government investment in this model.

Leveraging funding provides greater benefits to threatened species and ecological communities by increasing the number of threatened species projects that can be delivered across NSW. This contributes to achieving the long-term Saving our Species program aim of securing more threatened entities in the wild for 100 years.

Saving our Species (SoS) will be co-funding almost $1.8million as part of this partnership model. This investment is from the additional $75 million that has been allocated by the NSW Government to continue the Saving our Species program over the next 5 years (2021 – 2026).

See below for previous co-investment partners who helped make the program such a success. The continuation of this vital work with existing and new partners is essential to maintain and improve our previous investment from 2018-21.

One of the largest and most successful Landcare groups in Australia, its mission is promoting, facilitating and undertaking long-term restoration and ongoing care of critically-endangered lowland subtropical rainforest.

The SoS co-invested project restores and facilitates the recovery of important remnants of endangered lowland subtropical rainforest in the Big Scrub region, improving the habitat and survival of the many landscape-managed threatened species that depend on it. 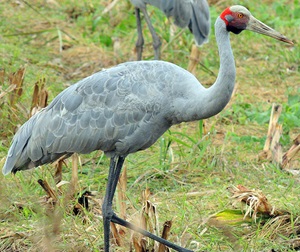 Bush Heritage is an independent not-for-profit that buys and manages land and partners with Aboriginal people, to protect our irreplaceable landscapes and magnificent native species. 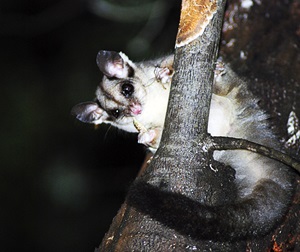 In north-east NSW, FNPW has joined with the Border Ranges Alliance to deliver their 'Trails for Tails' SoS co-investment project, which focuses on learning more about and conserving the shy and wary Albert's lyrebird and other threatened bird species.

FNPW is also working with the Kanangra-Boyd to Wyangala Link (K2W) Conservation Partnership. This SoS co-investment project will add another district to the successful K2W Link program. While this project targets the squirrel glider, restoring the K2W natural landscape corridor is vital to the long-term survival of many native Great Eastern Ranges threatened species.

Donate to the Foundation for National Parks and Wildlife

With a vision of 'healthy, productive landscapes where people and nature thrive', Greening Australia is an independent not-for-profit organisation operating around the country.

Molonglo Conservation Group facilitates strategic collaborative partnerships and programs across the southern tablelands of the ACT and NSW. With a vision of facilitating a healthy, resilient and productive landscape, they connect the region's land management stakeholders and partners to build knowledge, stakeholder capability and environmental outcomes.

This SoS co-investment project aims to extend and maintain habitat for the pink-tailed worm lizard and conserve Box-Gum Woodland in southern NSW.

Your contribution will help the project reach more landholders, protect more habitat and increase the opportunities for everyone in the community to get involved. 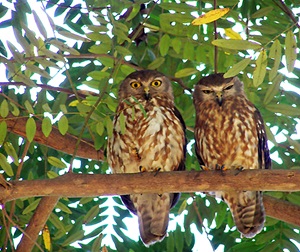 Representing more than 150 organisations, the Nature Conservation Council (NCC) is the 'voice for nature in NSW'.

Within the NCC, the Healthy Ecosystems team works in partnership and collaboration with Government agencies, consortiums and associations to provide high quality community engagement, education and training services to communities. Our team implements coordinated strategies to improve the function of ecosystems and resilience of our landscapes. Find out more about the NCC's work.

Building on strategic partnerships formed over the last decade, the NCC's SoS co-investment project protects and maintains populations of large forest owls across the Richmond Clarence Lowlands. To find out more or get involved go to the Large Forest Owls Project page.