Working with Taronga Zoo to help save our species.

Saving our Species (SoS) and Taronga Conservation Society Australia are working together to help secure a future for a number of threatened species in NSW. 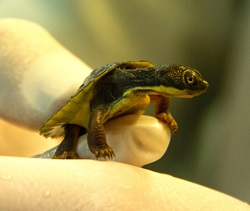 Taronga Zoo Sydney is leading a captive breeding program to help protect the critically endangered Bellinger River snapping turtle, after a virus in 2015 devastated 90% of the turtle’s population.

After four breeding seasons, there are nearly 100 Bellinger River snapping turtles living at Taronga’s breeding facility. Twenty turtles bred at Taronga have also been released back to the river by officers from SoS, who are also tracking the movements and health of these animals.

The work has been coordinated as part of SoS, which has so far invested over $300,000 in Bellinger River snapping turtle conservation. 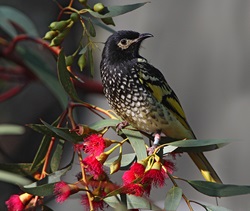 Taronga has been involved in the Regent Honeyeater Recovery Program for more than 20 years. This has involved breeding and releasing to the wild more than 200 critically endangered Regent honeyeaters, and helping to plant over 30,000 trees in the Capertee valley (NSW).

Following the construction of a breeding facility, a flocking facility and a pre-release facility at Western Plains Zoo, breeding pairs of the bird have arrived to help grow the captive population.

The $1 million project is funded by SoS. 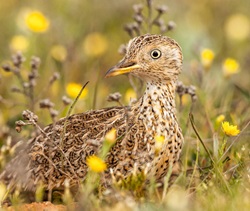 A conservation-breeding program aimed at increasing the population of the iconic and critically endangered plains-wanderer is underway at Taronga Western Plains Zoo in Dubbo.

Plains-wanderers have been collected from the wild and relocated to the new 30 purpose-built aviaries in the Zoo’s 110-hectare Sanctuary, a project supported by SoS.

Breeding success has been achieved, with the first two chicks hatching at the Western Plains breeding facility in early 2020. 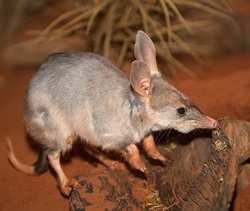 A 110ha Sanctuary has been established at Taronga Western Plains Zoo to house an insurance population of bilbies, a species that has been extinct in NSW for more than 100 years.

The founding population was released into the Sanctuary in October 2019. As of April 2020, 19 bilby joeys had been sighted in the Sanctuary. 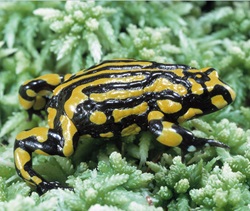 Actions to protect the southern corroboree frog are being implemented by Taronga in partnership with SoS, with the lethal amphibian chrytrid fungus putting the species’ survival at risk.

Taronga Zoo’s captive breeding program has successfully created a healthy insurance population of the endangered frog, with some frogs previously being re-established in disease-free fenced enclosures. 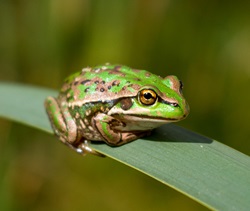 This species was thought to be extinct from 1979 until 2009 when a wild population was rediscovered. Taronga collected yellow-spotted bell frog tadpoles from the wild to establish an insurance population and was first successful in breeding this species in 2017.

In partnership with Saving our Species, Taronga released yellow-spotted bell frogs back to the wild in 2018 and 2019. Monitoring is ongoing and a few calling males and females were later found at this site, which is an encouraging indicator for future breading success at this site. 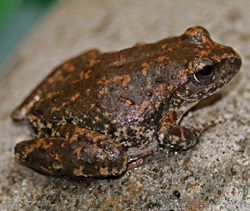 This critically endangered frog has been severally impacted by drought and Chytrid Fungus, among other threats. Since December 2019 Taronga has been housing an insurance population of Booroolong frogs in a quarantine facility at Taronga Zoo.

It is Taronga’s aim to breed this species for future release to the wild.