In 2016 the South Coast Koala Conservation project set out to increase community engagement through both volunteering opportunities and educational community events with local landholders.

Volunteer days were organised at the end of each month with a great response from the community with more than 20 new volunteers going out with OEH contractors to undertake monitoring work over 12 volunteer days, making a significant contribution to the monitoring program.

Working with a range of community organisations and volunteers to promote the work of the koala conservation project allowed us to co-host a number of educational workshops aimed at inspiring local landholders to participate in conservation and restoration of koala habitat.

We are grateful to the following organisations for the role they played in promoting the koala conservation project to the public and in assisting with the running of educational events for local landholders.

Thanks to the work of volunteers and contractors over 200 sites were assessed during 2016. While there were many sites that did not have any koala activity, the work done by volunteers has been vital to contributing to the analysis of the current health of the local koala population.

In 2016 212 grid-sites were assessed, most of which were for monitoring purposes. These were mostly in 2 sub-areas:

Of the 101 sites that were assessed in Sub-area 2, 23% had evidence of koalas, while in Sub-area 3, 20% had evidence. These results appear to indicate a lower occupancy rate compared with that which was recorded in these sub-areas 2012-14. However, we are not able to draw firm conclusions about this until data analysis is completed by the University of Canberra.

This analysis is important as it will provide us with both the capacity to review the monitoring approach we are taking here, and to provide vital information to assist with the management of the population. Ascertaining trends in regards to koala numbers and distribution of a small population scattered over more than 30,000 hectares of forested rangelands is a challenging endeavour.

The most significant event this year in regards to the coastal forests koala project was the announcement in February 2016 of the establishment of the Murrah Flora Reserves over nearly 12,000 hectares of state forest between the Bermagui and Bega Rivers.

Through the Boards of Biamanga and Gulaga National Parks the local Aboriginal community expressed deep disappointment over the lack of consultation about this decision. Nevertheless, representatives from the Boards have been working closely with other stakeholders (including some of us working on the koala project) to develop a plan of management for the Reserves.

The draft of this Plan is nearing completion and should be placed on public exhibition in 2017.

In 2017 we will be continuing to monitor the local koala population and work with community members on a range of initiatives to help ensure the long term survival of the South Coast Koala population including some habitat restoration work and further grid based survey work.

We are grateful for all the support that has been provided by community organisations and volunteers to assist us with this work.

In the meantime, have a happy and safe holiday season and we look forward to seeing you all again in 2017. 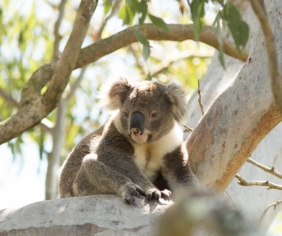 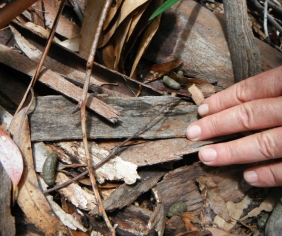 On the far south coast of NSW, a small koala population still remains in flora reserves. Volunteers have come together to help survey these ... 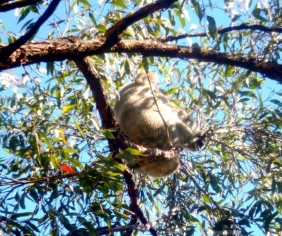 Koala sighting on the South Coast a rare occurrence

Every week a small but dedicated group of contractors' heads out to a different area of the recently declared Murrah and Mumbulla Flora Rese...