The Heritage Heroes video project celebrates individuals and groups who are protecting and sharing their local heritage through Heritage Near Me funded projects.

In 2016, local business people Mark and Carole McNeil purchased the oldest remaining timber building in the Inverell CBD known as ‘The Farmhouse’ c1867. The McNeils were motivated by the desire to create a new place for the community that offers local products and shares the history of the area through a display of local artefacts. Items on display include the manual telephone exchange from the nearby village of Graman and moulds from the former Inverell foundry.

Fiona Adams, Manager Integrated Planning and Reporting from Inverell Shire Council worked with the McNeils to scope the project and develop the project for a Heritage Activation Grant. The McNeils were successful in their application and received $100,000 for project. Over nine months the McNeils planned, repaired, remodelled and finally opened the café/restaurant, ‘The General Merchant’, in July 2017. During the renovations, the McNeils worked closely with the Inverell and District Family History Group to uncover the history of the building.

Funding from the Heritage Activation grant paid for the installation of wheelchair friendly access to the building via a covered walkway and access ramp; reinstatement of the original awning, the design for which is based on historical photos which have been gathered by the Inverell Family History Group; and an in-store display and mural to increase knowledge and appreciation of Inverell’s heritage.

The General Merchant is now open seven days a week for breakfast, lunch and dinner. It is regularly filled with locals and visitors enjoying the new space and marvelling at the changes to the historic building.

Berridale is a small town in the Snowy Mountains between Cooma and Jindabyne. Some of the school buildings are listed on the State Heritage Register and other schoolrooms are listed for their local heritage significance by Snowy Monaro Regional Council.

The Heritage Activation project came to life when Bill Crozier, who works with the school as a Science Mentor, offered to donate his science collection to the school to create a space for lifelong learning.

Principal Tracey Southam developed the museum project and later invited the Snowy River Historical Society to share the space. The completed museum presents the unique natural and cultural heritage of the region and creates a central hub for Science and History lessons for students.

The Heritage Activation grant funded a curator to design displays, purchase of the cases and development of interpretive displays. The grant was for $16,300.

If you are going past Berridale stop in and have a look. The museum is open between 9.15am and 3.15pm, Monday to Friday.

Heritage Heroes is a series of short stories celebrating local heritage heroes showcasing projects funded through the NSW Government's Heritage Near Me program. Walking the Line follows the restoration of the historic 1890s Temora Railway Precinct and the development of an interpretive walk. The film stars project manager Claire Golder from Temora Shire Council and Railway Temora volunteers Max Oliver and Rodney Kite who share their passion for the history of the railway and the revitalised precinct.

The walk also explores the 1900s Pardey's flour mill and silos, and will provide visitors with an understanding of the important role the precinct played in grain processing and transport, and the maintenance, supply, support and upkeep of steam locomotives from early 1910s to the 1960s. The site is a popular destination for both amateur and professional photographers who enjoy photographing the features of the railway station, silos and flour mill at different times of the day, and a railway museum explores the lives of locals who lived and worked on the Railway.

Temora Shire Council were successful in the 2016-17 round of the Heritage Activation grants. They received $53,500 for accessibility, minor restoration works and the development of the walk.

'Saving the Royal' tells the story of the Rickert family and their journey from purchasing to reactivating the Royal Hotel. The Hotel has been operating since the 1860s and the Rickert family are bringing the old hotel back to life with a restoration and adaptive reuse project. The project will be opened in stages with stage one of developments to include a licensed cafe with a gelato ice creamery, bar, disabled unit for accommodation, and laundromat.

The Rickert family were successful in the 2016-17 round of the Heritage Activation Grants. They received $100,000 to fund 2 stages of the works to reactivate the building. 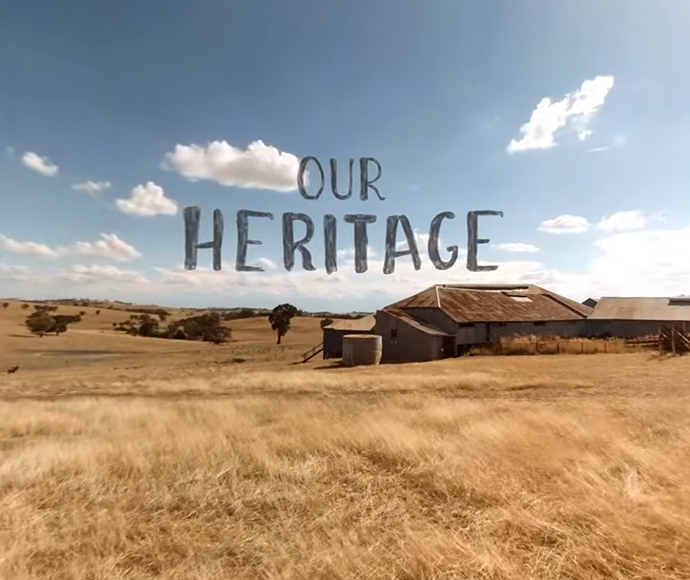 Our Heritage is a short virtual reality film which explores the diverse heritage of NSW and its people. Our heritage is more than our built history, it lives in the land, the people, and most importantly in the stories we tell. It is a thread that ties all of us together.