Greater Sydney Parklands has been making great progress in restoring heritage buildings in Callan Park. Gradually more buildings will be restored and adapted as outlined in the Callan Park Landscape Structure Plan.

With renovations completed on Bonnyview (the Gardener's Cottage) and the Repatriation Ward (Building 497), these buildings are ready to be activated and adapted for community uses that complement the parkland.

Not just anyone can apply, though, as the buildings can only be used for health, education or community (not-for-profit) purposes in accordance with the provisions of the Callan Park (Special Provisions) Act 2002.

We know the community is interested in what happens to these buildings and how they can be activated for community use. Last year we asked the community what uses and activities it would want to see in the Parklands. You can download the report, but essentially what we heard was: 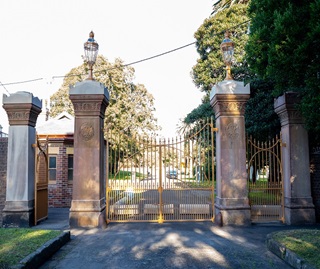 The Balmain Road Gates, built in 1878, provided the original entranceway for carriages and pedestrians to the Callan Park Hospital for the Insane. The gates were originally located further east, adjacent to the original gatehouse (now a childcare centre). When Balmain Road was widened in 1912 for the tram, the gates were moved, and the boundary wall was realigned and replaced in brick. Otherwise, the gates are predominantly intact and have been identified as being exceptionally significant.

Works to restore the main gates and Guard House building 394 are now complete and included:

Works were funded by Greater Sydney Parklands, in collaboration with the Minister's Stoneworks Program. The gates were officially opened by the Hon Rob Stokes MP, Minister for Infrastructure, Cities and Active Transport on Friday 6 May 2022. 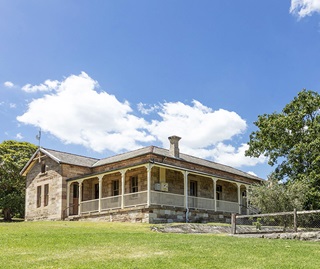 Bonnyview was constructed in the 1870s as the first purpose-built structure to be erected on site as part of the Callan Park Mental Asylum. This building predates the Kirkbride. It was known as the Gardener's Cottage and accommodated patients in the early days of the Callan Park Hospital. It supported Garry Owen house and several temporary buildings before the completion of the Kirkbride block.

Bonnyview is part of Government Architect James Barnet's original design for the Callan Park Hospital and exhibits a high level of design and workmanship in its construction. A deliberate decision of Barnet was to situate the building to take in views of Iron Cove, and its setting remains picturesque today. Over the years, several alterations and additions have been made, including its conversion to the Assistant Medical Superintendent residence around 1910. The 2002 and 2011 Conservation Management Plans for Callan Park ascribe Bonnyview an exceptional level of heritage significance for its aesthetic and historical importance.

The former Repatriation Ward (B497) 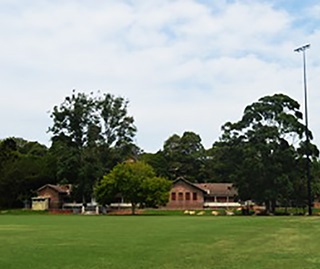 Changing practices in mental health care emerged in response to the high numbers of shell-shocked soldiers returning from the First World War. Broughton Hall Estate was offered to the government to accommodate shell-shocked soldiers in 1915, becoming the 13th Army Auxiliary Hospital, the first hospital facility dealing specifically with soldiers' mental health. After this time, repatriation services became one of the main functions of Callan Park, with additional facilities built in the grounds. Repatriation Hospital Ward B (B497) was the first purpose-built ward constructed in the early 1920s to a design by the Government Architect. The design is arranged around a central mess hall with ward wings at each side.

Located adjacent to the waterfront zone, the building is classified as having low heritage significance in the 2002 and the 2011 Conservation Management Plans for the overall site. However, there is no doubt that B497 has historical and social value as the first purpose-built structure related to the Repatriation Hospital.

Request for proposal for Building 497

Proposals to lease Building 497 are now closed. Thank you to all those who showed interest. An evaluation panel is assessing all proposals against the criteria published in the Request for Proposals documentation. A recommendation of preferred proponents to enter into final negotiations and execute leases will be made to the Greater Sydney Parklands Board for approval.

Before entering a lease, the lease terms will be advertised for public comment, which will be considered by the Minister for Cities, in accordance with the provisions of the Callan Park (Special Provisions) Act 2002. To keep up to date sign up to our newsletter:

Get the latest from Callan Park

The adopted Landscape Structure Plan for Callan Park recommends retaining all buildings of moderate, high or exceptional heritage value to provide opportunities to enhance the unique character areas and open spaces of Callan Park. One of the priorities of the plan is to select 'appropriate' tenants to manage the buildings.

Greater Sydney Parklands will be seeking capable, experienced and financially viable proposals from potential tenants to occupy and manage access and use of the buildings.

The Request for Proposals will be seeking to ensure that the assets are activated, used for a purpose that benefits the community, and that the buildings are secured and maintained throughout the lease tenure – i.e. any tenant must pay maintenance costs of the building going forward.

Who can apply and criteria expand

In the case of Building 497 it has been identified in the Landscape Structure Plan to be used for a community sporting purpose due to its location close to the sports field and the need for this type of facility in Callan Park.

NSW Government Procurement Guidelines require that Requests for Proposals for leases are advertised publicly on the NSW Government eTendering website and undertaken in a publicly transparent process.

The Request for Proposals documentation will contain the evaluation criteria to assess all proposals received for the buildings.

All proposals lodged are to be treated as commercial-in-confidence and will be assessed against the criteria published in the Request for Proposals documentation. With assistance from external advisers (as required), an evaluation panel will be established to assess the proposals received against criteria advertised in the Request for Proposal documentation. A recommendation of preferred proponents to enter into final negotiations and execute leases will be made to the Greater Sydney Parklands Board for approval.

Under the Callan Park Act, the Minister is required to publicly advertise any proposed lease, including the main terms and to consider any submissions received from the community prior to entering into a lease. The community will be able to have a say.

It is not intended that any green space would be affected or lost by the leasing program. The existing building footprints will not be changed.

Building Uses Survey - What we heard

Last year, we asked the community what uses and activities they would like to see in the restored building at Callan Park. Check out our report Bringing Callan Park's buildings to life Community Survey Report to see what we heard.