Once adopted, this plan of management will replace the existing plan, which was adopted in 2006. Public exhibition of the draft plan provided members of the community with the opportunity to have a say in the management directions for the parks. Comments closed 24 January 2022.

The draft plan is accompanied by the Dharawal National Park, Dharawal Nature Reserve, Dharawal State Conservation Area Draft Planning Considerations report. Readers of the plan should refer to this document for detailed explanations of the parks' values and management considerations.

The parks are located approximately 45 kilometres south-west of Sydney between the Georges River and Illawarra Escarpment. Key issues addressed in this plan include:

Why is a new plan being prepared?

The current plan of management was adopted in 2006 and many things have changed since then, including, a change in the classification of a large area of the parks from State Conservation Area to National Park. The draft plan responds to these changes and new information about the park values and management considerations.

The Minister considers the plan, submissions and advice, makes any necessary changes and decides whether to adopt the plan under the National Parks and Wildlife Act 1974. Once a plan is adopted, it is published on the NPWS website and key stakeholders, including those who made a submission on the draft plan, will be notified. 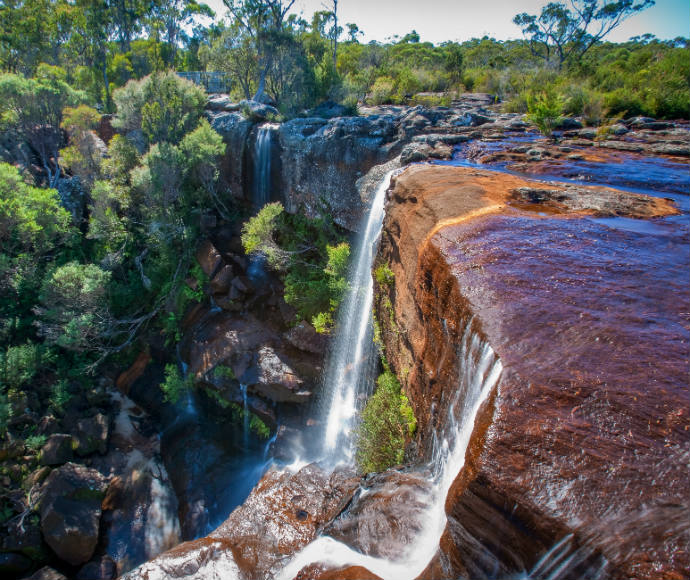 The Dharawal parks are located approximately 45 kilometres south-west of Sydney between the Georges River and Illawarra Escarpment.

Dharawal National Park, Dharawal Nature Reserve and Dharawal State Conservation Area, occupy a total area of 7248 hectares and are located approximately 45 kilometres south-west of Sydney, between the Georges River and the Illawarra Escarpment.