Community members are highly valued for their independent advice on policies and plans, activities and proposed activities, draft plans of management, and their community advocacy roles in helping to achieve the objectives of the Act.

There are 8 regional advisory committees across New South Wales, with members appointed in a voluntary capacity. The terms of current members end on 30 June 2026.

A regional advisory committee consists of at least 12 members, but not more than 17 members.

Committees include at least 2 Aboriginal people, a person jointly nominated by the Nature Conservation Council of NSW and the National Parks Association of NSW, and other people who, in the opinion of the Minister, have qualifications, experience and expertise in one or more of the following:

The administrative regions for the 8 regional advisory committees are aligned with the 8 NPWS Park Operations Branches. 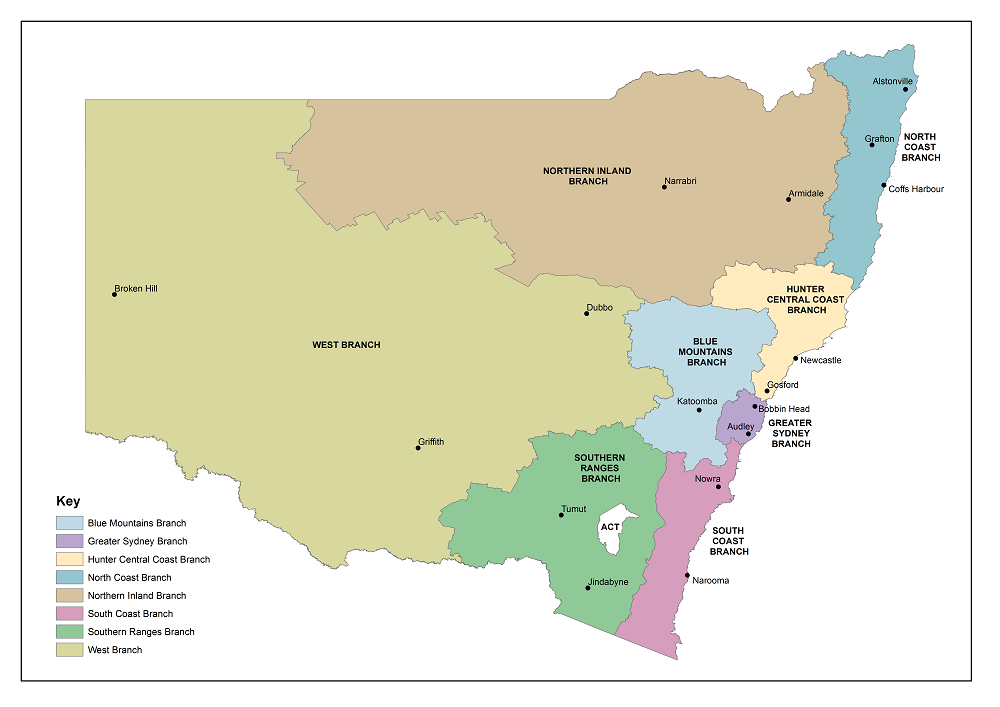 Please click on each Regional Advisory Committee below for a detailed map of the administrative region for which it was constituted:

Why join a regional advisory committee?