Find out whether you need a scientific licence for research, education or conservation, then choose the right licence class for your project. 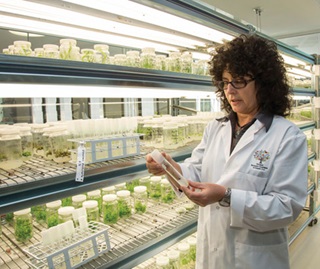 Licences help us protect and maintain our protected native plant and animal populations as well as make sure people working with them have the experience and knowledge to work responsibly.

When you need a licence

You may need a scientific licence under Part 2 of the Biodiversity Conservation Act 2016 for a research, education or conservation project that is likely to:

We issue a number of different scientific licences that have different terms and conditions.

For research and sampling of non-living materials collected anywhere in the NPWS reserve system.

These materials include rocks, soil, water, fossils and sub-fossils.

For bird and bat banding on approved sites. You first need a banding authority from the Australian Bird and Bat Banding Scheme.

You can apply for the bird or bat banding licence from the Department of Planning and Environment once you have received this authority.

This licence allows the use of pile burns in threatened ecological communities or threatened species habitats to supplement approved bush regeneration works.

You should also check with your local council to find out what and when you can burn in your area, and if you need a permit.

For commercial consultants who perform general plant and animal surveys.

If you do not know where the survey will take place or the target species before applying, you can still apply for a licence to cover many sites.

Schools can also apply to hold a reference collection of protected animal specimens.

For work in karst environments, including any component species or habitat in the NPWS reserve system.

For academics, students or private researchers to perform scientific research.

Projects may be specific or more general.

Researchers considering projects involving koalas should utilise the attached Best Practice Guidelines for the use of Koalas in Scientific Research.

Applies to collecting seed or cutting material from protected plants for regeneration or propagation, but not for commercial purposes.

This licence is generally used along with a bush regeneration licence.

For projects to experimentally introduce or reintroduce a species to the wild, or to supplement a species in the wild.

The Department’s Operational Translocation Policy provides a framework for the development of translocation proposals for threatened and protected plants and animals under the Biodiversity Conservation Act 2016 (BC Act), where the Department of Planning and Environment is the approval authority.

For projects not covered by any of the above classes.

Email the Wildlife Team on scientific.licensing@environment.nsw.gov.au or phone 02 9585 6406 to discuss your proposal.

Use of wildlife and other animals for scientific purposes including research, teaching and environmental studies, is likely to need approval from an animal ethics committee.

If your research involves animals, you may need to meet animal ethics obligations under the Animal Research Act 1985 and the Australian Code of Practice for the Care and Use of Animals for Scientific Purposes. If this is the case, a scientific licence will be valid only once ethics approval has been granted.

When you apply for a scientific licence, please submit your animal ethics application form at the same time, as well as any approval received. If you do not or cannot submit it at the time of application, we may ask for it later.

More information is available on the Animal Ethics InfoLink website.

When you don’t need a licence

If you work outside the NPWS reserve system, you may not need a scientific licence so long as your work falls into the following categories:

You do not need a scientific licence if:

Even if you don't need a scientific licence, you may still need animal ethics approval, fisheries approvals, landowner consent and planning approvals before you start your project.

If you are still unsure of whether you need a scientific licence or the right type to apply for, email the Wildlife Team at scientific.licensing@environment.nsw.gov.au or phone 9585 6406.

Please read details of how to apply before submitting your application.

Apply for a licence

This policy outlines the roles and responsibilities for those involved in scientific, education and conservation actions that require a scientific licence.