Sea spurge is an invasive weed that threatens native species of animals and plants in coastal areas. Part of a $500,000 Environmental Trust grant to the Commonwealth Scientific and Industrial Research Organisation (CSIRO) will reduce the impact of the sea spurge weed on the NSW environment through the release of a fungal biocontrol agent. 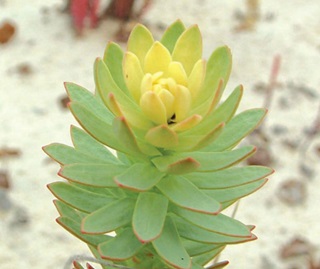 Sea spurge (Euphorbia paralias) is a small leafy shrub and a major environmental weed invading Australia's southern beaches. It is an invasive weed native to Europe and was thought to have been introduced to Australia in ships' ballast water about 70 years ago. NSW coastal dune ecosystems are continuously being invaded by ocean-dispersed seed likely originating from sea spurge infestations in Victoria and Tasmania.

This project, led by CSIRO and supported by NSW National Parks and Wildlife Service and Department of Primary Industries, will undertake releases of the fungal pathogen Venturia paralias for the biocontrol of sea spurge regions of Victoria and Tasmania that are sources of recurrent infestations in New South Wales. This biocontrol agent was recently approved for release in Australia by the Department of Agriculture, Water and the Environment.

With support from the Trust between January and September 2021 (as part of a wider Trust-funded Biocontrol program), experimental releases of the biocontrol agent are being undertaken in the few infestations of sea spurge on the NSW South Coast that are not under active management and will be evaluated to determine the most effective release techniques. Evaluation of the spread and impact of the agent at two of these initial release sites in New South Wales, as well as at a subset of sites in Victoria and Tasmania, will be undertaken as part of this project.

Why is sea spurge a problem?

Mature sea spurge plants can produce between 5000 and 20,000 salt-tolerant seeds per year. Seeds can survive for many years on ocean currents that spread them from beach to beach. Once established, a sea spurge colony can spread rapidly and negatively affect threatened flora and fauna species and Aboriginal cultural heritage sites, alter the geomorphic processes on the coast, transform native vegetation communities and reduce public amenity in coastal recreation areas.

Sea spurge can grow anywhere on the beach front, from the high-water mark to well into the dunes. It colonises both bare sand and the native dune vegetation. Sea spurge has also been found on rocky foreshores and rock shelves, on the steep back dunes and inside the mouths of coastal lakes and estuaries.

Infestations of sea spurge have caused major environmental problems in Victoria and Tasmania. It is gradually working its way north and the South Coast beaches are the most threatened in New South Wales.

At present sea spurge is generally in low densities on most beaches south of Nowra although a small infestation was spotted at Bilgola Beach on the Northern Beaches in 2011 and within a few years there was a severe infestation. Even smaller infestations have been found as far north as Hawks Nest. Significant effort by volunteers and government agencies has taken place on all southern NSW beaches and areas north of Sydney where small populations have been detected. However, once there is an established seed bank, re-infestation makes this an ongoing effort. 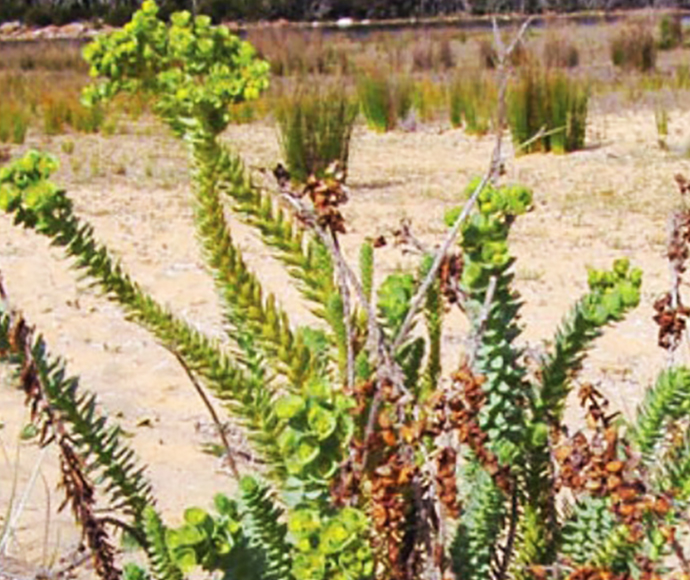 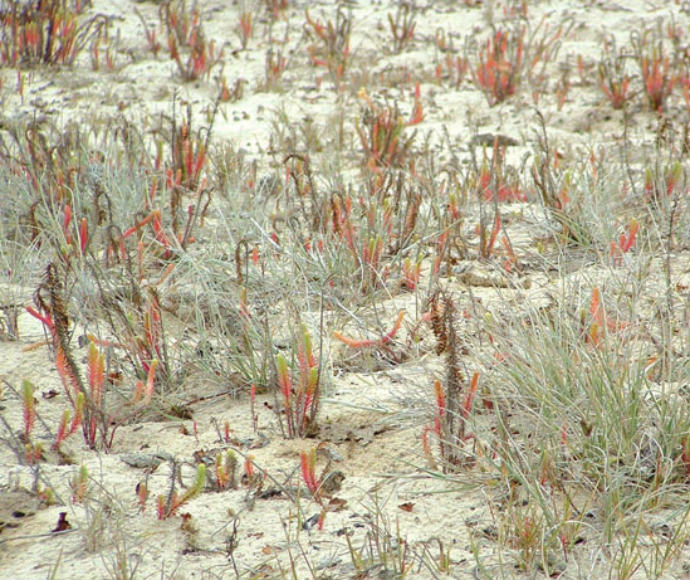