Funding plans to turn back the tide of extinction

A $20.3 million Environmental Trust grant to NSW National Parks and Wildlife Service will help turn back the tide of species extinctions by supporting plans to more than triple the area of feral-cat-and-fox-free land in national park estate.

Australia has the worst mammal extinction record in the world. In New South Wales, 14 bird species and 26 mammals have become extinct in the past 250 years.

Feral cats and foxes are the key drivers of the decline in most mammals, as well as bird, reptile and amphibian species. Feral cats alone kill more than 1.5 billion native animals each year. In New South Wales, cats – more than any other feral animal – are thought to impact 117 threatened species.

Announced in December 2020 by NSW Environmental Trust Chair and Environment Minister Matt Kean, this wildlife restoration project is one of the most significant in New South Wales' history. 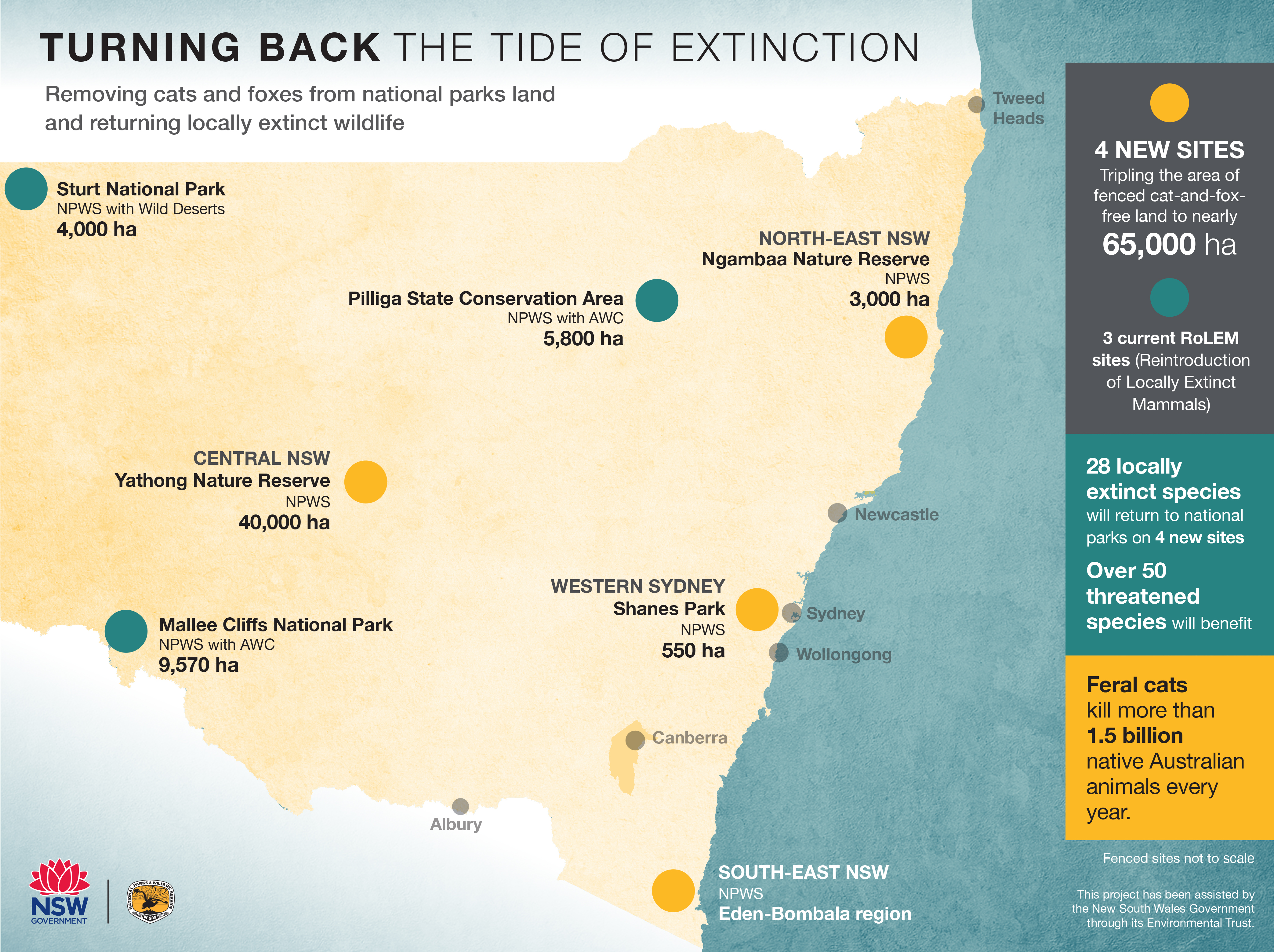 Return of threatened and declining species

Establishing 4 new feral predator-free areas paves the way to return wildlife lost from our national parks due to feral cats and foxes.

The loss of native animals impacts the land. Species decline affects the overall health of ecosystems because many animals have important roles, including turning over soil, increasing water infiltration, seed and spore dispersal, and population management through predation.

Over 50 threatened species expected to benefit from the 4 new project sites. 28 locally extinct species will be returned to national parks from which they have previously disappeared, including iconic species such as:

In addition, more than 30 threatened species currently surviving in national parks will receive a major boost from the exclusion of feral animals, including bushfire affected species such as:

Along with existing partners, NPWS will be working closely with a range of key partners, including local communities and Aboriginal groups, Rewilding Australia-WWF, universities, the Australian Government and other state governments as part of an emerging national approach to rewilding. 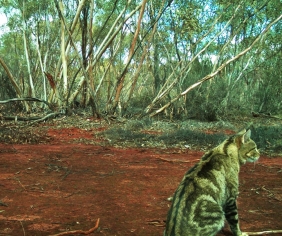 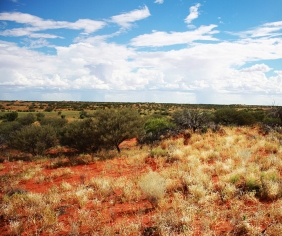 The NSW Environmental Trust awarded more than $500,000 to the UNSW Sydney to study how reintroduced native species in Sturt National Park ca...