Ecological communities provide natural management of clean air and water, provide nutrients for the soil, protect against erosion and salinity, and provide a healthy environment for threatened species.

An ecological community can be at risk of extinction. This can occur because of a significant reduction in its distribution across regions or a decline in ecological function.

The decline can occur if there is a change in community structure or composition, disruption of ecological processes, invasion by exotic species, or habitat degradation or fragmentation.

An expert group has allocated each community into either a ‘range-restricted’ or ‘widespread’ category.

Approached in the same way as site-managed species, ecological communities that fall into the range-restricted category are likely to be reliably defined at a local scale and have established investment sites, community engagement and support, and enough experts to direct actions.

Approached in the same way as landscape-managed species, ecological communities that fall into the widespread category are likely to need to rely on a multi-faceted approach involving regulatory processes (including on-ground work), community engagement and private land conservation.

Allocation to these categories is not fixed and may change as more information becomes available. For further details, see the threatened ecological communities strategy.

The TSSC is an independent statutory committee established under the Biodiversity Conservation Act, comprised of scientists appointed by the Minister for Energy and Environment.

What is a critically endangered ecological community?

An ecological community is a naturally occurring group of native plants, animals and other organisms living in a unique location.

An ecological community may be listed as critically endangered if the TSSC determines it is facing an extremely high risk of extinction in Australia in the immediate future.

What are the two new critically endangered ecological communities?

The two grassy woodlands were previously listed together as an endangered ecological community under the Biodiversity Conservation Act.

A detailed description of the two new CEECs can be found at the Threatened Species Scientific Committee Final Determinations.

How will the land management and biodiversity conservation framework apply?

The NSW Government has implemented regulatory changes to strike the right balance to conserve the two CEECs in highly productive regions. The intention is to protect patches of these CEECs that are in the best condition and provide more flexibility to manage land with vegetation in a low condition and not likely to be viable in the long term.

The Department of Planning and Environment (the Department) has published an Advisory Layer indicating where the CEECs are likely to occur. The Monaro and Werriwa CEEC listings factsheet is available to assist with identification of the CEECs.

If land is mapped on the Advisory Layer, landholders are encouraged to contact Local Land Services to check what land management activities are available. To use the Land Management (Native Vegetation) Code to undertake land management activities, you will need to verify whether a particular patch of native vegetation shown on the Advisory Layer is part of the CEECs. Suitably qualified Local Land Services officers are available to undertake on-site assessments.

For assistance, landholders can contact Local Land Services by email at slm.info@lls.nsw.gov.au or by phone on 1300 778 080. 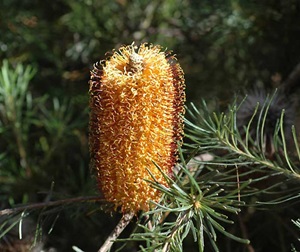 The Duffy's Forest Ecological Community in the Sydney Basin Bioregion is listed as an endangered ecological community by the NSW Threatened Species Scientific Committee.

The woodlands originally extended over about 1450 hectares but now has only approximately 240 hectares remaining, primarily within Warringah, and Ku-ring-gai Local Government Areas (LGA) with minor occurrences in the Pittwater (Ingleside and Bilgola Plateau), Manly (Seaforth Oval) and Hornsby (South Turramurra and Epping North) LGAs.

Some of the threats to the communities are:

An ecological community may be listed as vulnerable, endangered or critically endangered under the NSW Biodiversity Conservation Act 2016 depending on the level of threat and risk of its collapse.

Threatened ecological communities are managed under the Biodiversity Conservation Program which is the legal basis for the Saving our Species program.

Currently over 100 threatened ecological communities are recognised in NSW.

Threatened and significant flora of roadsides in the Windell...