Threatened populations of a species

Threatened populations are groups of native plants and animals likely to become extinct in NSW in the near future.

A population is a group of organisms of the same species occupying a particular area.

The coastal emu on the New South Wales north coast, the glossy black cockatoo in the Riverina and black cypress pine on the Woronora Plateau are examples of the 50 or so threatened populations in New South Wales. 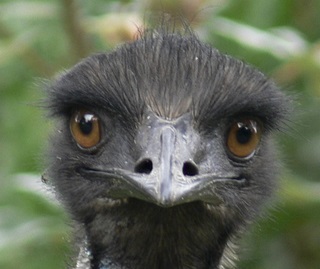 The coastal emu population on the north coast of New South Wales is critically endangered, with as few as 100 remaining. It is of significant conservation value as the last known population in northern coastal New South Wales.

Many plants are dependent on the emu for germination and distribution of their seeds over distances of up to 50km. No other species can fulfil that role.

Recent decades have seen a dramatic decline. Much of the impact is felt at the nesting stage of the emu’s life with ground-nesting exposing the adults, eggs and chicks to a range of threats from predators, fire, machinery and other human disturbance.

Under the NSW Biodiversity Conservation Act 2016 populations will now be defined as part of a species.

See the full list of threatened populations of a species in New South Wales.

Threatened populations are groups of native plants and animals listed as likely to become extinct in the near future.

Threatened and significant flora of roadsides in the Windell...