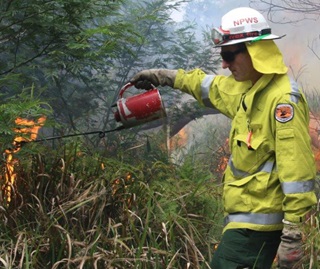 The Enhanced Bushfire Management Program (EBMP) was established by the NSW Government in 2011 and has been extended until 2022. This state-wide program is a key part of the government’s approach to address predicted worsening fire weather conditions and climate change.

The NSW Government committed more than $76 million from 2011 to 2017 to fund the program, including the employment of an additional 94 firefighters. The government has extended the EBMP to 2022, and committed a further $92 million over 5 years from July 2017.

In accordance with the National Parks and Wildlife Act 1974, NPWS is responsible for protecting and conserving natural and cultural values within national parks and reserves.

The purpose of this policy is to support Aboriginal community aspirations to connect to and care for Country through cultural fire management on parks.