Enhancing the experience of the iconic Sydney Harbour Scenic Walk. 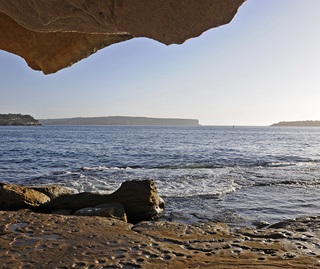 This project is being delivered as part of the largest visitor infrastructure program in national park history.

What the project involves

The new walking track, with story-telling along the route and, improvements to Chowder Bay Road are identified in the Sydney Harbour National Park, Middle Head & Georges Head Masterplan.

Middle Head – Gubbuh Gubbuh is a jewel within the stunning array of foreshore open space and beaches that adjoin Sydney Harbour. The combination of natural and cultural qualities at Middle Head – Gubbuh Gubbuh and Georges Head is unique to Sydney and Australia. Intrinsic to this is a sense of retreat and release from urban Sydney that is enabled by the place’s largely undeveloped and low-key character. The master plan seeks to reconcile these fundamental values with improved and safer access for visitors.

The most important strategy for enhancing the community experience of Middle Head – Gubbuh Gubbuh and Georges Head is its effective integration into the Sydney Harbour Scenic Walk. At present, the headlands are not linked effectively to the broader Harbour Scenic Walk with key connections difficult and unclear. The new walk will connect the headlands to deliver the missing link along and create a seamless experience for visitors.

Across Middle Head – Gubbuh Gubbuh and Georges Head there are points of interest focussed on natural and cultural features from various phases of Sydney's history. The state-registered military fortifications at Middle Head – Gubbuh Gubbuh and Georges Head are significant as a collection of defence structures which date from 1801 to the Vietnam War. Conservation works to the significant military fortifications will also occur along with an interpretation of the area's history to create a highly layered recreational and educational experience.

A significant component of this project is the interpretation of Middle Head – Gubbuh Gubbuh and Georges Head, particularly the state-significant military fortifications.

We will be installing new interpretation so visitors can learn more about the area's history. Digital interpretation also forms part of this, and we have commissioned new animations which depict the powerful defences of Sydney Harbour.

The first animations are the 'disappearing guns' installed in 1889 at the Inner Fort, Middle Head. The fortifications at this location were first constructed in 1871 to hold five 80-pounder rifled muzzle loading guns. In 1889, these were replaced with two more advanced breech-loading 6-inch guns on 'disappearing' carriages. A technological marvel for its day, the gun would recoil into a pit to be reloaded as hydraulic rams powered the gun back into the first position. The gun emplacements were connected to the subterranean magazine via stone trenches and underground tunnels.

Watch the video below to see these guns in action protecting Sydney's harbour.

Planning for this project, including site assessment, design, heritage and environmental approvals, was completed in 2020.

In 2021, conservation and repairs of the historic fortifications at the Inner Fort and Outer Fort, Middle Head, the Obelisk Bay gun emplacement and Georges Head gun emplacement have been completed.

The track construction will commence with work crews on-site in late August 2021. This work is scheduled to be completed in 2022. Occasional closures may be required. Please check the current alerts for details before planning your visit.

Why we are doing this and who benefits expand

We manage our national parks to protect their unique values and provide for sustainable visitor use and enjoyment. This includes providing visitor experiences and, where appropriate, new visitor facilities including tracks and trails.

Independent environmental and heritage assessments were carried out to examine the significance of any likely environmental impacts of the proposal and identify means to eliminate or mitigate any impacts to the natural or cultural values of the site.

Reflecting a sense of place expand

Gubbuh Gubbuh ('gub-uh, gub-uh') is the recognised Aboriginal name for the area known as Middle Head. We are pursuing dual naming in our national parks in consultation with Aboriginal communities. This dual naming will be incorporated wherever possible as part of the acknowledgment of Aboriginal culture and heritage.

Within the Sydney Harbour National Park are Middle Head – Gubbuh Gubbuh and Georges Head which contain the largest collection of nineteenth and twentieth-century coastal fortifications anywhere in Australia, demonstrating evidence of the continual response to the technological changes in warships and artillery and the nature of perceived and actual threats to Sydney. The headlands also contain Aboriginal sites, pockets of natural bushland and some threatened plant and animal species.

Developing rich and engaging interpretation will be a key focus to immerse the walker in the natural and cultural landscape creating respect, a strong connection and sense of place.

We are developing new physical and digital interpretations to enable visitors to learn more about the area's history - particularly the state-significant military fortifications.

Plans for the walking track have been completed.