We are developing new physical and digital interpretations to enable visitors to learn more about the area's history - particularly the state-significant military fortifications.

The first animation depicts the 'disappearing guns' installed in 1889 at Inner Middle Head. The first fortifications at this location were constructed in 1871 to hold five 80-pounder rifled muzzle loading guns. In 1889 though, these were replaced with two more advanced breech-loading 6-inch guns on 'disappearing' carriages. A technological marvel for its day, the gun would recoil into a pit to be reloaded as hydraulic rams powered the gun back into the first position. The gun emplacements were connected to a subterranean magazine via stone trenches and underground tunnels.

To create these animations, we are utilising data from a full 3-D site scan, reference to original plans and drawings. We sought feedback from former Australian Artillery gunners to ensure historical accuracy right down to the flame and smoke.

The Middle Head 'disappearing' guns last fired and then disappeared forever over 100 years ago but have been brought back to life via this new digital animation.

The new walking track will be constructed out of sandstone and fibre-reinforced polymer decking, which is widely used throughout national parks in New South Wales, including the Don Goodsir Walk to the 1801 Fort at Middle Head.

The stone steps have been sawn and shaped, ready for installation. The fibre-reinforced polymer has been delivered to Middle Head with the preparation of these components underway.

On Friday, 20 August, a helicopter operation lifted over 50 loads of material to locations around Middle Head Georges Head to allow the contractors to commence installation. 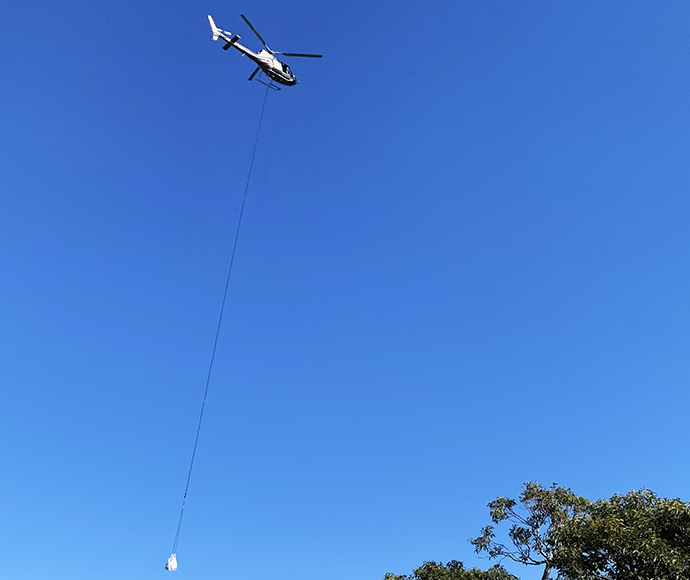