This fact sheet describes the koala populations of this region and how revegetating habitat is important to help these isolated populations survive. 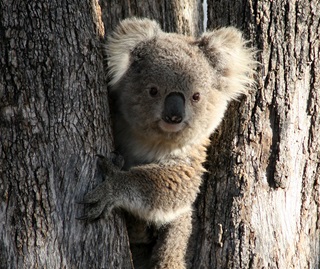 The South Coast Koala Management Area (KMA 3) extends from the Shoalhaven region to the Victorian border on the New South Wales south coast.

Koala populations in KMA 3 are patchy and sparse. Koalas live around the southern fringes of the Bega Valley (Eden), in coastal forests near Bermagui, the Shoalhaven Gorge area and within Morton National Park and surrounds.

The distribution and abundance of some of these populations are not well understood. 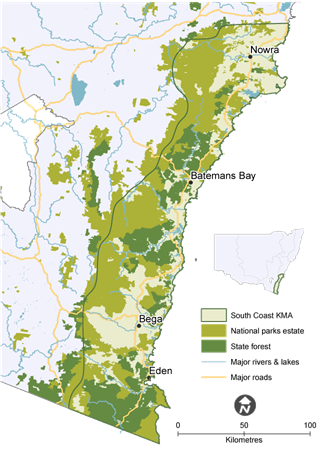 Koalas and koala habitat in KMA 3 are threatened by:

Plant spacing can vary depending on the vegetation community you aim to establish (e.g. open woodland, open forest). Trees should be planted far enough apart to have good tree form or lateral branches and to allow enough light through for native grasses, shrubs and ferns to thrive.

This tree lists contains recommended tree species for koala habitat within KMA 3. The list aligns with local government areas located within this KMA: