These wetlands near Moree in northern New South Wales were listed under the Ramsar Convention in 1999. 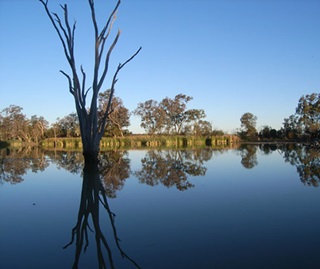 The Gwydir Wetlands are an example of terminal delta wetlands, which are found when a river delta occurs in an inland valley. They are among the few inland wetlands of this kind remaining in the Murray–Darling Basin.

The Ramsar site consists of four separate subsites around the Gingham Watercourse and Lower Gwydir (also known as the Big Leather Watercourse).

These subsites within the Gwydir Wetlands are:

Together, the whole Ramsar site covers 823 hectares. It is part of a wider area of wetlands that originally covered 220,000 hectares but has been substantially reduced due to land use change and river regulation.

The Gwydir Wetlands were listed as a Ramsar site in 1999 because they meet the following criteria:

The Gwydir Wetlands are a good example of an inland terminal delta in the Murray–Darling Basin. 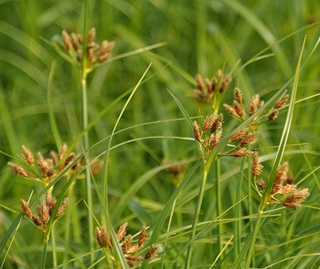 The wetlands are one of only two areas (along with the Macquarie Marshes) in the Murray–Darling Basin with extensive water couch marsh.

The Old Dromana subsite supports a marsh club-rush sedgeland community, which is rare and declining in the bioregion.

The Gwydir Wetlands are an important breeding area for waterbirds, including egrets, herons, ibises, swans and rarer species such as brolgas and magpie geese.

During floods the Ramsar site can support large congregations of breeding colonial waterbirds that feed in the wetlands, with 47 species recorded as breeding in the Old Dromana subsite.

In 2003, following clearing of native vegetation on the Windella subsite, a notification of likely change in the site’s ecological character was submitted to the Ramsar Secretariat, under Article 3.2 of the Ramsar Convention.

A restoration order order is in place under the Environment Protection and Biodiversity Conservation Act 1999.

The condition of the Gwydir Wetlands has been declining for many years. If this trend is not reversed, the wetlands will cease to exist as a large, diverse and complex ecosystem. The Gwydir Wetlands Adaptive Environmental Management Plan (AEMP) demonstrates that managers now possess much of the knowledge needed to begin restoring the wetlands’ ecological resilience.