These wetlands in the south of Sydney were listed under the Ramsar Convention in 1984. 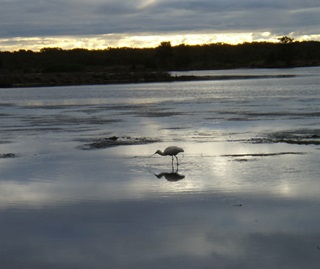 Towra Point Nature Reserve is on the southern shore of Botany Bay, about 16 kilometres from Sydney CBD. It supports the largest wetland of its type in the greater Sydney region.

Towra Point Nature Reserve was listed as a Ramsar site in 1984 because it meets the following criteria:

Towra Point Nature Reserve is an important area for maintaining the biodiversity of the Sydney region. Its seagrass beds, in conjunction with its mangrove and saltmarsh communities, provide critical shelter and food for juvenile fish and crustaceans.

It is also one of the most important migratory bird sites in NSW and an important breeding area for the endangered little tern. 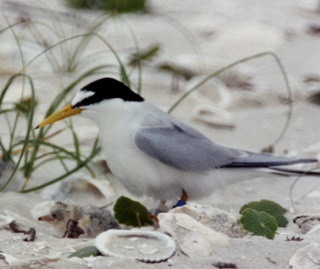 Species of fish such as the common silver biddy, yellow bream and flat-tail mullet are found in large numbers at Towra Point and use the mangrove habitats during the vulnerable juvenile stage of their life cycle.

Towra Point Nature Reserve is a significant habitat and food source for at least 60 species of fish. They use the saltmarsh, mangroves and seagrass habitats in and next to the nature reserve for food and protection, and as a nursery habitat during the early stages in their life cycle.

The saltmarsh is important for providing habitat for different crab species, which release large numbers of larvae in the ebb tide.