These wetlands in south-western New South Wales were listed under the Ramsar Convention in 2003. 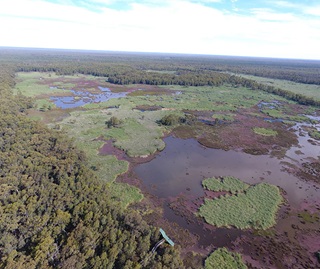 It covers 83,992 hectares and consists of three subsites: Millewa Forests, Werai Forests and Koondrook Forests. All three depend on flows in the Murray River.

NSW Central Murray Forests were listed as a Ramsar site in 2003 because they meet the following criteria:

Millewa Forests, together with Barmah Forest in Victoria, are Australia’s largest area of river red gum forest. They have trees more than 200 years old and areas that are structurally equivalent to undisturbed forest.

This is despite the fact that parts of the forests have been harvested for timber for 150 years.

The Ramsar site also has other wetland types such as floodplain lakes, moira grass plains, meadows and reed swamps. 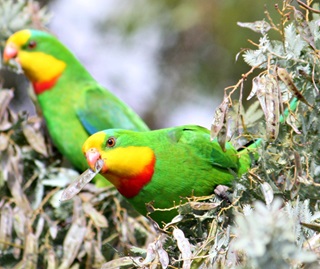 The Ramsar site provides habitat for 11 species of migratory birds listed under international agreements. It supports breeding of thousands of colonial nesting waterbirds during times of inundation.

It is also important for breeding of native fish and ducks.

The permanent rivers and wetlands within the site are recognised as drought refuge for native fauna in this semi-arid region.

The Ramsar site provides migratory routes between habitats in the Murray River, its anabranches (sections that branch off from the river and later rejoin it) and floodplains.

Native fish move into off-stream areas on rising flows and seek refuge in deeper waters during low flow periods. Many species spawn on the floodplains.

In addition, the Werai Forests were vested in the Minister for the Environment on 1 July 2010 and will be transferred to traditional owners for conservation purposes.

Changes in the water regimes have caused a reduction in the frequency and length of spring wetland inundation in all three forests and an alteration to the seasonality of inundation in Millewa Forests.

The Department of Planning and Environment is working with the Australian Government to improve water regimes in these forests.

Delivering the Ramsar Convention in NSW

In NSW a diverse range of stakeholders are working cooperatively to promote the conservation and wise use of wetlands and to implement the Ramsar Convention. Effective conservation of wetlands requires complementary management of both land and water by government and land managers.