Under certain conditions, we will share the cost of boundary fencing with adjoining landowners.

Due to the extensive damage to boundary fences in the 2019-20 bushfires season, the NSW Government has established a coordinated response to the replacement of boundary fences that adjoin publicly managed land. This includes lands adjoining national parks.

Local Land Services is coordinating this $209 million dollar fencing program on behalf of all agencies, including National Parks and Wildlife Service. If you are seeking assistance with fire damaged fences that adjoin national parks please go to Local Land Services: Fencing or telephone 1300 778 080. 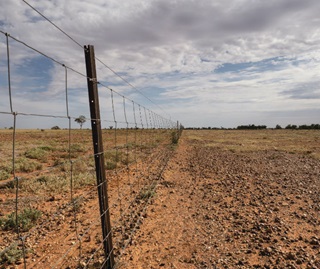 Boundary fencing is fencing that is constructed along, or close to, the legal boundary of a reserve managed by the NSW National Parks and Wildlife Service (NPWS).

NPWS recognises the importance of working with adjoining landowners to manage common boundaries.

4. When will NPWS help with new fencing? expand

5 - 7. What will NPWS contribute? expand

8-9. Which type of fencing will NPWS contribute to? expand

10-11. Where will a new boundary fence be constructed? expand

19. Who maintains the fence? expand

20-21. What happens if a fence is damaged or destroyed? expand

22-23. Recording a boundary fence as an asset expand

Adjoining landowner means an owner or manager of land that has a common cadastral (surveyed or mapped) boundary with a reserve or land managed by the NSW National Parks and Wildlife Service.

A CRA must address impacts on:

A CRA is not a statutory assessment or approval. If a proposal will impact on matters such as historic heritage, Aboriginal objects or places, or threatened species then separate statutory approvals may be required.

Park means a reserve gazetted under the NSW National Parks and Wildlife Act 1974, including a national park, nature reserve, historic site, Aboriginal area, State conservation area, karst conservation reserve, or regional park, or any land acquired by the Minister under Part 11 of the Act.