Place names are part of the heritage of NSW and can reflect the history, culture and landscape of an area. 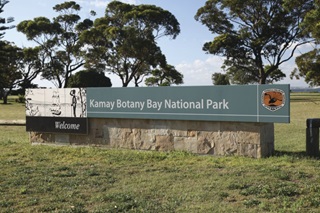 Place names are often very meaningful to local communities. They also help guide park visitors (including emergency services) to parks and to locations within them.

1. Naming of parks, features and facilities will be used to recognise and acknowledge natural values and cultural connections to places, both Aboriginal and non-Aboriginal.

2. Parks, except historic sites and Aboriginal areas, will usually be named after a prominent natural (geographic) feature in the local landscape. The local Aboriginal name of the feature is preferred.

3. Parks may be given a name other than a geographic feature if there is a strong historic or cultural connection that should be reflected in the name.

4. Historic sites will be named after the place, event, person or persons they commemorate.

6. Parks, features and facilities must not be named after living people (except for facility names currently already recognised by the local community). They may only be named after a deceased person to commemorate a person who contributed significantly to the park or locality in which the facility is situated, such as an explorer, scientist or conservationist, or an Aboriginal person known to have been from the park’s locality. Prior ownership of the land is not in itself grounds for the application of the owner's name to a park or facility.

8. Names considered offensive or likely to give offence will not be used.

9. Dual naming of parks, geographical features and cultural sites will be used in accordance with the Office of Environment and Heritage (OEH) Aboriginal Languages Policy as a meaningful way of recognising Aboriginal connection to the lands while retaining an existing name that has community acceptance.

10. Names will be investigated and assigned in consultation with all relevant persons and groups. Refer to research and consultation section below.

11. No Aboriginal name, other than a name registered with the Geographical Names Board (GNB), will be adopted without the approval of the appropriate Aboriginal people, usually traditional owners or Elder groups.

12. Wilderness areas will be named in a way consistent with the overall intent of this policy and with particular reference to paragraphs 1 to 11 of this policy.

13. Under section 30A of the National Parks and Wildlife Act 1974 (NPW Act), park names are assigned by and can be changed by the Governor, with the concurrence of the Geographical Names Board of NSW.

The naming of parks reserved under Part 4A (Aboriginal Land) of the NPW Act does not require concurrence with the Geographical Names Board of NSW.

15. Public roads and classified roads are named by the relevant roads authority under section 162 of the Roads Act 1993. The National Parks and Wildlife Service (NPWS) is not a roads authority and cannot name these roads.

16. However, there is no legislation governing the naming of park roads, management trails or park facilities, and so NPWS can name these.

Further information on responsibilities is included in the accountabilities table in this policy.

17. The type and extent of research and consultation on names will reflect the nature and significance of the park, place or facility to be named and the nature of the naming options being considered.

a)    The relevant National Parks and Wildlife Regional Advisory Committee(s) and Joint Management Committee will be consulted on:

b)    Local Aboriginal community members, including traditional owners, will be consulted on:

The appropriate regional staff of OEH Heritage Division will be consulted on all name proposals sourced from Aboriginal communities, as well as the naming of historic sites and Aboriginal areas and places.

c)    The Geographical Names Board of NSW will be consulted on proposals to name park roads and management trails.


d)    For World Heritage properties and Ramsar wetlands, the relevant Commonwealth agency will be consulted.


e)    Local and state historical associations may be consulted. Where there is doubt concerning the spelling of an Aboriginal name a linguist may also be consulted, but the spelling nominated by local Aboriginal community members will be preferred.


f)     Public consultation will be undertaken if required by the Geographical Names Board of NSW (for example, for park names) and may also be undertaken for other naming proposals. Where consultation is required, proposals will be advertised in the local press inviting public comment, for which a minimum of one month will be allowed.

19. If any objections are received to a naming proposal, they will be summarised in the naming submission and the regional director will attempt to resolve them.

If objections are raised in relation to Aboriginal names, refer to paragraph 11 of this policy.

20. The origin of the chosen name and the consultation undertaken must be recorded. The guidelines for developing naming/renaming proposals (internal document available to staff) will assist staff in collecting and documenting the information required by the Geographical Names Board of NSW for park and place names, and will help in providing a historical record of the origin of names in parks.

21. Where NPWS names a park road or management trail, after consultation in accordance with paragraphs 17–20 of these Procedures has been completed, NPWS must notify the following people and organisations of the name:

22. Where there is no prominent local geographic feature, or where it is inappropriate to use its name, alternative names may be sourced from:

23. Naming of historic sites and other parks and facilities of historic significance will be consistent with the documentation requirements contained within the Burra Charter.

24. The same name may be used for adjoining parks of different categories (for example, Mutawintji National Park, Mutawintji Historic Site and Mutawintji Nature Reserve), to indicate that the parks are part of a single management area.

26. Names should be reasonably easy to pronounce, spell and write, and preferably of no more than 50 characters.

27. The apostrophe mark should be omitted in the possessive case (for example, Howes Valley, not Howe’s Valley). This is to facilitate the consistent matching and retrieval of placenames in database systems such as those used by the emergency services and is consistent with the policy of the Geographical Names Board.

28. Hyphens, slashes and diacritical marks will not be used, except in the case of dual names, where a hyphen is acceptable.

29. Spelling of Aboriginal names will be in accordance with current guidelines from the Committee for Geographical Names in Australasia. Whenever an Aboriginal name or word is used, it will be used without associated European words (for example, without Mount, River or Range).

30. A dual name can be assigned to a park where there is strong evidence of a pre-existing Aboriginal place name.

31. At any given time, a park may only be assigned one name under the NPW Act. Multiple names for the same park are not provided for under the Act. Dual names (that is, hyphenated or joint names) are deemed to be one name. For example:

is a dual name.

32. The order of dual names and their arrangement should be guided by community preferences as well as stylistic, design and aesthetic considerations. Both the Aboriginal and non-Aboriginal components of the dual name shall be in the same typeface, size, style and colour.

34. Requests may be made to the Geographical Names Board of NSW for dual naming of a geographical feature within a park that has high cultural significance.

35. The Geographical Names Board of NSW also requires the written support of the local council for dual-naming proposals.

Renaming (other than dual naming) will be considered where:

Details of discontinued park names will be recorded with the Geographical Names Board of NSW.

This policy applies to all lands reserved or acquired under the National Parks and Wildlife Act 1974 except for parks reserved under Part 4A of the Act, unless this policy is adopted by the relevant Board of Management.

This policy is aimed at ensuring that the names of parks, features and facilities within parks:

Aboriginal area means lands that have been reserved under the National Parks and Wildlife Act 1974 (NPW Act) for the purpose of preserving, protecting and preventing damage to Aboriginal objects or Aboriginal places therein.

Aboriginal place means any place (being in the opinion of the Minister) that is or was of special significance to Aboriginal culture which is declared under section 84 of the NPW Act.

Classified road means public roads or certain other roads that have been declared as classified roads under Part 5 Division 1 of the Roads Act 1993 and includes main roads, highways, secondary roads and tourist roads.

Facilities means an area within a park that is not a natural geographic area, for instance precincts or buildings and structures such as day-use areas, campgrounds, carparks, lookouts, management trails, walking tracks and visitor centres.

Fire trail means roads recorded in the Asset Maintenance System as having fire-strategic importance. Fire trails are a subset of management trails and can be required for other park-management purposes.

Historic site means lands that have been reserved under the NPW Act due to their association with a person, event or historical theme, or because they contain a building, place, feature or landscape of cultural significance.

Management trail means vehicle trails, on lands reserved or acquired under the NPW Act, that are maintained for the purpose of park management activities and are not open for public vehicular use other than as allowed under the Vehicle Access Policy.

Park road means roads on land that is reserved as part of a park or which is acquired under the NPW Act, and which is open to the public (although they can be closed for park-management reasons). They are maintained by OEH.

Public road means roads designated as public roads under the Roads Act 1993 (Roads Act), or under other legislation for the purpose of the Roads Act. Public roads are vested in a roads authority: this is usually NSW Roads and Maritime Services, the local council or NSW Department of Primary Industries – Lands (formerly the Department of Lands and then Trade and Investment – Crown Lands). Park roads and management trails are not public roads.

To determine whether a road is a public road and which is the applicable roads authority:

Ramsar wetlands means sites listed under the Convention on Wetlands of International Importance 1971 (commonly known as the Ramsar Convention). Of the twelve Ramsar sites in NSW, 9 are situated wholly or partly on lands reserved under the NPW Act.

Accountabilities under this policy are in accordance with the delegation of Ministerial and Chief Executive functions under the NPW Act 1974 and National Parks and Wildlife Regulation 2009.

This table lists only accountabilities that are additional to the legal delegations.