Generators may disturb wildlife and park visitors, and so are generally not permitted in parks. But there are places where you can use them. 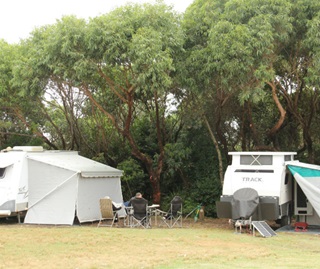 Many park visitors wish to use generators to provide power for overnight stays. Some parks have signposted areas where generators are allowed.

1. What conditions apply to using a generator?

If you use a generator in an area where they are allowed, you must:

To reduce the risk of a generator starting a fire, you must:

2. How will I know if a generator is allowed?

If you need a generator to visit a park, you should contact the relevant local area office before you come. Even where using a generator is generally permitted, it can be restricted for park-management reasons or because of unsuitable weather (for instance, high fire risk).

A sign will show the areas where generators are allowed and the conditions under which they can operate. If there is no sign you cannot use a generator without consent from the park manager.

3. What is considered when establishing areas for generator use? expand

To decide where to permit generator use, NPWS considers:

4-5. How is generator use managed? expand

4. Powers to manage generators are provided under the National Parks and Wildlife Regulation 2009 (NPW Regulation), which creates offences for undertaking the following activities without consent of the park authority:

Consent to use a generator can be given directly by the park manager or through signage. Generator use may be subject to conditions, such as being prohibited for a specific period in a camping area where it was previously permitted: this could be because of environmental impacts (for instance, on roosting birds) or for safety reasons (such as local fire bans). Such prohibition must be implemented by installing signs.

5. Section 23 of the Disability Discrimination Act 1992 makes it unlawful to restrict access to premises (including national parks) either

Not granting consent to a person to operate a generator (for the purpose of operating an auxiliary aid) might constitute discrimination, if it effectively denies the person access to a park or part of a park.

6–8. Can I apply for an exemption? expand

7. If you have been granted an exemption to operate a generator in a park, you should notify the relevant NPWS area office of it before coming to the park or on arrival, and have the written exemption available for NPWS staff to look at.

8. NPWS will provide any exemption in writing, and must include details of the specific use, nominated dates and/or times, and a defined area, park or parks. An exemption may also specify that:

Auxiliary aid is as defined under the Disability Discrimination Act 1992 (Cwlth), and means equipment (other than a palliative or therapeutic device) that provides assistance to a person with a disability to alleviate the effect of the disability. This includes a Continuous Positive Airway Pressure (CPAP) machine and a refrigerator in which medications to treat a disability are stored.

Disability in relation to a person is as defined under the Disability Discrimination Act 1992 (Cwlth), and means any of the following:

The term includes a disability that:

Park means a reserve gazetted under the National Parks and Wildlife Act 1974, including a national park, nature reserve, historic site, Aboriginal area, state conservation area, karst conservation reserve, regional park or any land acquired by the Minister under Part 11 of the Act.

Generator means a device that converts mechanical energy to electrical energy. Generators are usually powered with an internal combustion engine. As used in this policy, generator includes vehicle engines that are left running to charge batteries or directly power other equipment.