Collecting firewood inside parks can degrade habitat and biodiversity, while bringing firewood into a park can introduce pests and diseases. 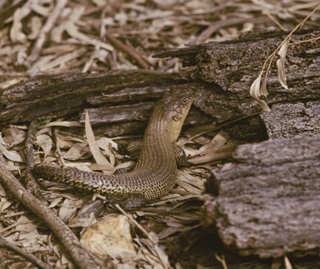 Camp fires provide light, warmth and heat for cooking. However, the increasing removal of standing dead timber and woody debris can contribute to the decline of native forests. Dead hollow-bearing trees and woody debris provide habitats for many native animals including Cunningham’s skink (Egernia cunninghami) and the endangered turquoise parrot (Neophema pulchella).

In some parks the removal of woody debris may be a fire management practice, helping to reduce fire risk.

In New South Wales around 120 species of animals and birds use hollows in trees for nesting or shelter, with many invertebrate species dependent on fallen woody debris for survival. These insects, snails and worms, as well as fungi and bacteria, play an important role in the decomposition of wood and nutrient cycling in forest and woodland ecosystems. As the removal of woody debris, dead wood and dead trees has a significant negative impact on habitat availability and ecosystem functioning, it was listed as a Key Threatening Process under the Threatened Species Conservation Act 1995 in 2003 (and remains listed in Schedule 4 of the Biodiversity Conservation Act 2016).

However, in some cases removal of wood is necessary to achieve park management objectives, such as reducing fuel load (and hence fire risk).

Bringing wood into a park for camp fires or barbecues needs to be strictly controlled, as it can introduce new pests and pathogens into a park.

Backcountry means an area characterised by essentially unmodified natural environment, where interaction between users is low, and evidence of other users is minimal. 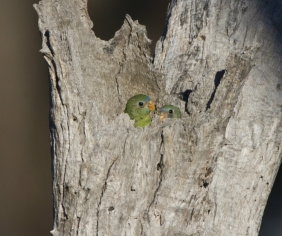 Fines apply for removing firewood from national parks, and the National Parks and Wildlife Service (NPWS) will be enforcing our firewood pol...