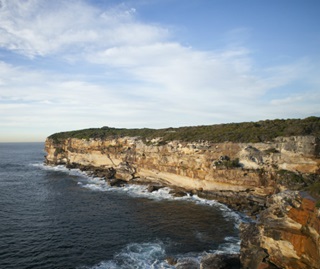 A shooting facility includes the range complex, firing line, target area and the range danger area (RDA). An RDA (also known as a safety template) is the area in which there is a risk of harm to life or property from shooting or ricochet within the facility. Shooting facilities that lie within or next to a park may have an RDA that extends into the park.

The National Parks and Wildlife Service works with the relevant authorities and the shooting facility to ensure that appropriate safety measures (such as warning signs and temporary park closures) are put in place.

How does a shooting facility demonstrate an existing interest? expand

What if the original documents are unavailable? expand

How are terms and conditions imposed to ensure visitor and staff safety? expand

How should NPWS handle risk to visitors and staff? expand

How can NPWS terminate an RDA? expand

What steps should be followed if land is added to the park system with an RDA? expand

What happens when an RDA is no longer required or has been terminated? expand

How should NPWS staff respond to inquiries from the community or media? expand

Park means a reserve gazetted under the National Parks and Wildlife Act 1974, including a national park, nature reserve, historic site, Aboriginal area, state conservation area, karst conservation reserve, or regional park, or any land acquired by the Minister under Part 11 of the Act. It includes a park managed jointly with the Aboriginal community under Part 4A of the Act.

Park authority means the body responsible for the care, control and management of a park, as defined in the National Parks and Wildlife Regulation 2009.

Permissive shooting rights means written permission provided by the legal owner of the land or other person legally authorised to give this permission, for range personnel to have access to and conduct activities relating to the use of the shooting range. For parks, this will be written recognition of an existing interest.