Beekeeping is allowed in some national parks but it must be balanced with conservation values and the needs of other park users. 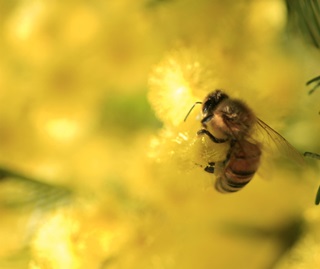 Beekeepers have traditionally had access to native plants on public and private land. However, beekeeping can have negative impacts on the natural environment and must be carefully managed.

When Crown land containing licensed beekeeping sites is reserved or added to a park, the NSW National Parks and Wildlife Service (NPWS) may permit the beekeeping operations to continue if they are compatible with the park's conservation values and the needs of other park users.

The main honey-producing plants that beekeepers use flower irregularly, with most species flowering once every 2–4 years. NPWS recognises that beekeepers need access to a range of sites to allow for this variability.

4. Do I need to be registered to keep beehives in a park? expand

6. Will beekeepers be notified when land is added to a park? expand

7-10. Can I renew my existing beekeeping permit or licence after the land becomes a park? expand

11-12. For how long can I renew a beekeeping interest? expand

13-15. Can I transfer my beekeeping interest to someone else? expand

16-17. Can a beekeeping interest in a park be relocated? expand

18-19. Will fees be waived during fires and droughts? expand

20. Will I be notified of hazard reduction burns? expand

21. Can a beekeeping licence be issued for conservation purposes? expand

22-23. Is there a maximum area for a beekeeping site? expand

24-25. What conditions apply to a beekeeping interest? expand

26. Can I request changes to the conditions? expand

27. Can I drive a vehicle to the beekeeping sites? expand

The power of the Minister (or delegate) to renew existing beekeeping interests applies to all parks, including those reserved under Part 4A of the NPW Act.

Park means a reserve gazetted under the National Parks and Wildlife Act 1974, including a national park, nature reserve, historic site, Aboriginal area, state conservation area, karst conservation reserve, regional park or any land acquired by the Minister under Part 11 of the Act.