We offer diverse landscapes and locations that are attractive for filming and photography. Commercial operations are often possible in parks. 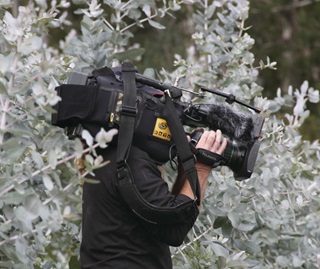 The Filming Approval Act 2004 (FA Act) makes filming permissible even if it may otherwise be prohibited under national parks legislation. Under the FA Act there is a presumption that approval will be granted (other than in unreserved land or wilderness areas) unless filming is specifically prohibited by the park’s plan of management or would have unacceptable impacts that cannot be mitigated through conditions on the approval.

The FA Act provides for a single approval to be given for all activities related to the filming activity. However, assessment of environmental impacts under the Environmental Planning and Assessment Act 1979 (EP&A Act) is still required. The FA Act also allows for certain types of commercial filming in wilderness areas and sets penalties for breaches of filming approvals.

5–8. Do I need filming approval? expand

9–10. Is approval required for news and current affairs? expand

21–23. Filming from airspace, waters or roads within parks expand

25–30. What must be considered in a filming application? expand

45–47. Use of NPWS logo, equipment or staff expand

80. Rescheduling by the proponent expand

This policy applies to filming and photography, and related activities, on all lands acquired or reserved under the National Parks and Wildlife Act 1974 (NPW Act), except for lands reserved under Part 4A of the Act (unless the Board of Management for those lands has adopted the policy). However, NPWS staff can use the policy as guidance in their dealings with Boards of Management.

Filming activities that require NPWS approval outside parks, such as proposals to approach marine mammals within prescribed distances, are not subject to the Filming Approval Act 2004 (FA Act) and will be assessed under other relevant legislation.

Approval means approval under section 4(2) of the FA Act.

and the commercial photography of private events, including professional wedding photography.

Delegated officer means the holder of delegation under section 11 of the FA Act to approve filming (see Accountabilities at the end of this policy).

Filming means recording images (whether on film or video tape or electronically or by other means) for exhibition or broadcast (such as by cinema, television or the Internet or by other means) or for sale (FA Act). In this policy a reference to filming also includes photography unless stated otherwise.

Filming activity means filming and any other activity reasonably connected with the carrying out of filming, whether or not for a commercial purpose (FA Act).

Lifestyle and travel programs means footage filmed for television or Internet programming (but not feature films or advertising) or for magazines or other print media, the primary intent of which is to encourage visitation to the area that is the subject of the filming. It is limited to activity that has negligible impact on the environment.

News and current affairs means programs or footage filmed to relay information about recent events or happenings and includes filming of segments related to weather reporting. It is limited to the duration of a specific event with a discrete (though not necessarily pre-defined) timeframe, and has negligible impact on the environment.

Nominated officer means the officer publicly identified as the person who is the first point of contact for filming applicants, and who receives filming applications. This may vary for news and current affairs, lifestyle and travel programs, and other types of filming.

Park means any land reserved or acquired under Parts 4 or 11 of the NPW Act (including any wilderness area located on such land).

Photography includes the recording of still images on any recording medium or in any format (for example, digital or film).