We provide opportunities for recreational cycling in many national parks and reserves. 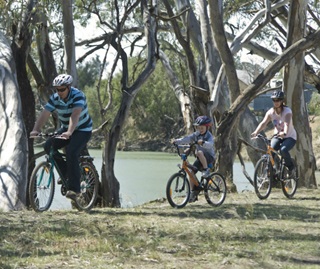 Cycling, including mountain biking, is a popular and healthy recreational activity that can raise awareness, appreciation and understanding of the natural environment.

Cycling can impact on park values and other park users and must be managed consistently with relevant legislation and the objectives for which a park is reserved.

Information on the different types of National Parks and Wildlife Service parks and reserves and their management objectives can be found on the website.

8-9. Can I ride my electric bicycle or use an adapted bicycle? expand

16-18. How are new cycling opportunities developed in parks? expand

19-20. Cycling and plans of management expand

26. How does NPWS partner with cycling stakeholders? expand

This policy applies to all lands acquired or reserved under the National Parks and Wildlife Act 1974 (NPW Act) except for lands reserved under Part 4A of the Act (unless the Board of Management for those lands has adopted the policy). However, NPWS staff can use the policy as guidance when working with Boards of Management and on Part 4A lands.

This policy applies to roads that are reserved as part of a NPWS park or reserve. NPWS parks and reserves are often traversed by public roads (i.e. not part of the park); cycling access on these roads is outside the scope of this policy.

This policy guides the provision of cycling opportunities in national parks and reserves, consistent with the objects and management principles in the National Parks and Wildlife Act 1974.

Adaptive bicycle/mountain bike refers to a range of bicycles such as hand cycles, knee cycles, tandem cycles, tricycles, quadricycles or other modified bicycles to suit a person's physical, intellectual, neurological and sensory abilities.

Cycling means riding a bicycle (see above definition) in any style. Cycling does not include the riding of motorised bicycles other than those defined as power-assisted pedal cycles.

Management trails are vehicle trails on lands reserved or acquired under the NPW Act and which are maintained by NPWS for the purpose of park management activities. They are generally not open to public motor vehicle access (see Vehicle Access Policy).

Off-track means cycling through the landscape of a park or reserve away from formed roads, management trails or tracks.

Park road means a road reserved as part of a park or reserve that is open to the public, although they can be closed for park management reasons. They are maintained by NPWS.

Plan of Management means an adopted plan of management for a park.

Power-assisted pedal cycle is a form of bicycle defined by the NSW Road Rules in accordance with Commonwealth law (Vehicle Standard [Australian Design Rule – Definitions and Vehicle Categories] 2005 and Motor Vehicle Standards Act 1989). It is currently defined as:

This type of bicycle may also be referred to as an electrically power-assisted cycle, pedelec or e-bike. This definition does not include any form of vehicle that has an internal combustion engine.

Road is defined in the roads legislation and means an area that is open to or used by the public and is developed for, or has as one of its main uses, the driving or riding of motor vehicles (see Vehicle Access Policy).

Track means an access way that is not open to motorised vehicles (other than motorised wheelchairs and other mobility devices):

This section outlines NPWS staff with significant responsibilities for ensuring the implementation of the policy. 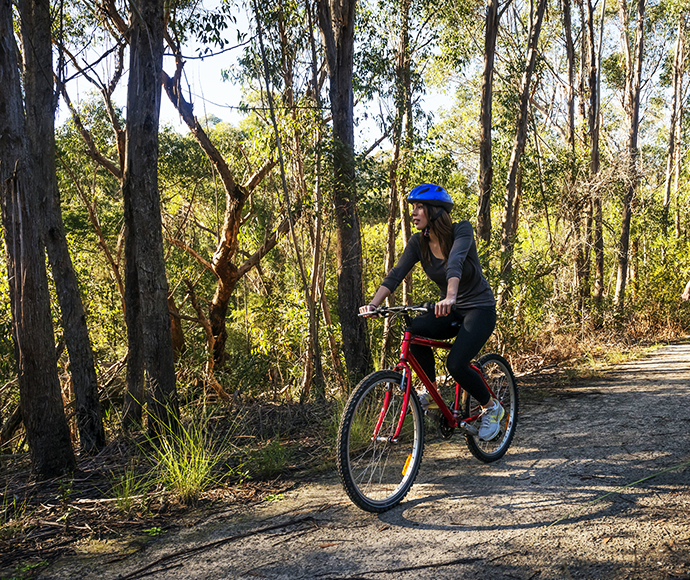 Cycling experiences in our parks will be sustainable, located in suitable locations that ensure the protection of natural and cultural heritage values, and will support tourism and deliver health benefits to communities.