This policy provides the framework to support National Parks and Wildlife Service's role in managing interactions between people and wildlife in New South Wales. 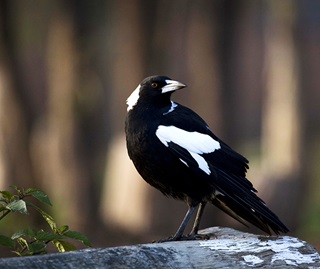 Many people encounter wildlife in their daily lives. Most of these interactions are positive, encourage appreciation of our natural environment and are consistent with people and wildlife coexisting together. However, animals may display defensive behaviours in response to perceived or actual threats of harm or other interactions with people or other animals. These defensive behaviours may be seen as aggressive to people encountering them and can pose a threat of serious injury or disease, damage to property or cause economic hardship.

The management of interactions between people and wildlife seeks to prioritise the safety of people and minimise risks of harm or damage while considering the protection status and biological needs of animals to achieve positive and lasting outcomes.

All native birds, reptiles, amphibians and mammals (except the dingo) are protected in New South Wales by the Biodiversity Conservation Act 2016 (BC Act). The National Parks and Wildlife Service (NPWS) has specific responsibilities for conserving wildlife within and outside national parks and reserves.

Implementation of this policy will be supported by procedures that provide guidance on how to record and respond to specific wildlife interaction issues. Given the need to balance animal welfare and public safety, this policy will remain under review and updated as needed.

1. What is wildlife? expand

13-19. How can animals that show defensive behaviour towards people, or cause damage to property or nuisance be managed? expand

20-23. How does National Parks and Wildlife Service manage wildlife interactions on park? expand

24-29. Can I relocate an animal to my local national park or other location? expand

30-34. How is animal welfare ensured? expand

35-38. Are there any exemptions for harming wildlife? expand

39-41. Can I take a wild animal into captivity? expand

47-48. How is wildlife managed on development sites? expand

49-53. What about other types of wildlife interactions, including hunting, wildlife impacting farms, or overabundant populations? expand

54-58. What fees and conditions apply to licences to manage animal interactions? expand

59-62. How does National Parks and Wildlife Service manage compliance for wildlife matters? expand

This policy applies to the interaction of people with all protected and threatened animals in the wild that may impact the community across all land tenures in New South Wales, in those circumstances where NPWS is the approval authority, and subject to any exclusions or exceptions set out in this policy.

Animal, as defined in the BC Act, means any animal, whether vertebrate or invertebrate and in any stage of biological development, excluding humans and fish.

Approved captive breeding program refers to human mediated breeding of animals to contribute to the conservation of an extant population, establish a new population or protect the species against imminent extinction.

BC licence means a biodiversity conservation licence issued under Division 3 of Part 2 of the BC Act and in force.

Deal in, as defined in the BC Act, means to buy or sell, trade in, import to or export from New South Wales, or to possess an animal (or plant). It is an offence to deal in protected or threatened animals.

Defensive behaviour means actions displayed by an animal in response to harm or perceived threats of harm, including from a member of its own species, predators and other animals (such as dogs or cats), or people. Such behaviours can sometimes be labelled as aggressive, e.g. magpies swooping pedestrians, but they are typically the reaction of an animal to what it considers a threat (e.g. humans approaching nests or roosting sites).

Euthanasia is the act of killing an animal using methods to minimise pain and distress. It is usually performed to relieve suffering at the end of life or due to incurable disease or severe injury. In this policy, it may also refer to the humane killing of otherwise healthy animals.

Harm, as defined in the BC Act, means to kill, injure or capture an animal, but does not include harm by changing the animal's habitat. It is an offence to harm a protected or threatened animal.

Hunting means killing for recreational purposes. Hunting does not include pest species management programs or licensed culling or harvesting.

Incident in this policy refers to an event that could reasonably be considered to lead to injury or disease, or where damage to property or economic hardship is proved.

Licence in this policy refers to a BC licence (see above)

Off-park means lands not held or gazetted under the National Parks and Wildlife Act 1974, and includes other publicly managed lands and private property.

Park means a reserve gazetted under the National Parks and Wildlife Act 1974, including a national park, nature reserve, historic site, Aboriginal area, state conservation area, karst conservation reserve, or regional park, or any land acquired by the Minister under Part 11 of the Act.

Protected animal means an animal of a species listed or referred to in Schedule 5 of the BC Act.

Relocation means the intentional movement of animals to another location for the purpose of moving them out of harm's way or for human life or property protection.

Wildlife means animals in the wild that are listed under the BC Act as protected, threatened, or part of a threatened ecological community (including marine animals and threatened invertebrates). It does not include non-native animals. Wildlife also includes protected and threatened plants, but plants are not subject to this policy.

See the NPWS People and Wildlife Procedures for all accountabilities.