Don't be surprised if you find yourself on the bus with a shorebird this spring as a new campaign kicks off to remind Shoalhaven locals and visitors to share the shoreline. 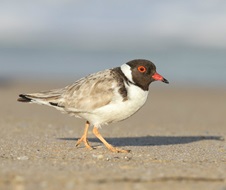 "We have seen the first shorebird nests on our beaches this season and soon we'll start seeing images of them on the sides of buses around Nowra and Ulladulla," said Ms Mueller.

"Weaving through traffic will be reminders to protect shorebirds by walking on the wet sand, leashing dogs and respecting signage around nests.

"These simple actions can influence the safety and wellbeing of breeding pairs as well as their eggs and chicks as they start their lifecycle along our coast this spring.

"Shorebirds lay their eggs in the sand, often in the foredunes or estuary entrance bars up and down the coast.

"Regardless of where they lay their nest, whether in a national park or not, these birds are protected species.

"There are a range of threats that shorebirds navigate to achieve breeding success. Some are beyond our control like inundation caused by big swells, heavy rain or king tides.

"Other threats are within our control such as limiting disturbance to breeding habitat. This is something the whole community can do to contribute to the shorebird breeding success," Ms Mueller said.

Tony Pearman, Ranger Services Lead with the Shoalhaven City Council said the new bus ad has simple steps to help everyone play their part in protecting these threatened species.

"We're also working closely with NPWS by being out and about patrolling shorebird nesting areas and providing education to dog owners on the importance of staying away from the dog prohibited areas," Mr Pearman said.

Last season was a good one for shorebirds, particularly for little terns with at least 43 fledglings observed at Shoalhaven Heads, the highest number seen at the site since records began 20 years ago.

For more information on NSW's shorebirds, go to: Four ways to share the shore. 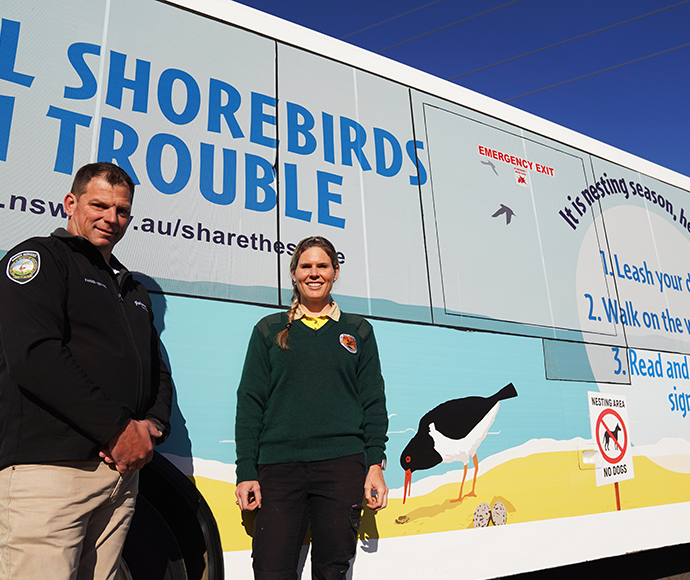