Our scientists monitor and report on statewide annual landcover change.

We monitor and report on landcover change due to: 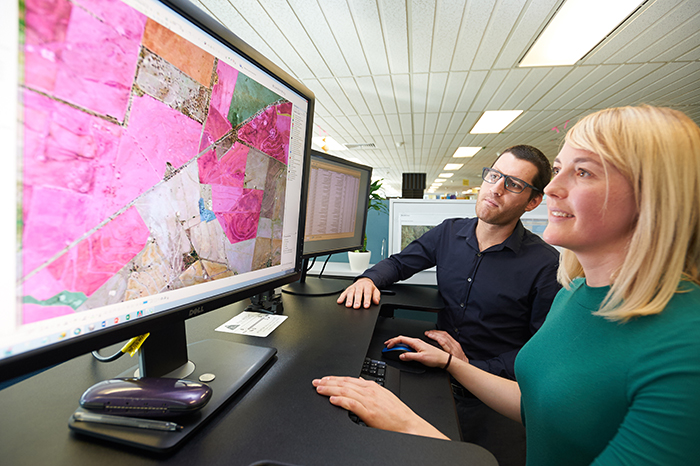 The NSW Government has monitored and reported on landcover change since 2008. Landcover change was focused primarily on woody vegetation, with data back-captured from 1988. When new legislation was introduced on 25 August 2017, monitoring and reporting of both woody (forests and woodlands) and non woody (grasses, small shrubs and groundcover) vegetation change was implemented on land regulated under the Local Land Services Act 2013 (LLS Act).

How we detect vegetation change

We use satellite imagery combined with comprehensive human interpretation and validation to detect vegetation change. Results are assigned to a landcover class that indicates why vegetation was cleared. These classes include:

Assignment of these classes is primarily based on visual interpretation of the location and pattern of the clearing with reference to supporting data sources such as tenure.

How we report vegetation change

A SLATS report is produced each year that contains clearing trends from 1988 and provides data on clearing by landcover class (agriculture, forestry and infrastructure) and across administrative and environmental boundaries. Methods for monitoring and reporting regrowth and re-plantings are being tested. Results will be reported when these methods are finalised.

This reporting focuses on landcover change on rural regulated land that is defined under Part 5A of the Local Land Services Act 2013 as identified within the Native Vegetation Regulatory (NVR) Map.

Fire is a natural ecological process in the Australian landscape, with many vegetation communities adapted to fire.

Fire is not considered a permanent loss of native vegetation and there are no legislative reporting requirements. Monitoring landcover change due to fire supports better land and fire management.

Detected losses in woody vegetation resulting from fire were included in the SLATS report until 2018. We now produce a fire extent and severity mapping report each year.

The fire extent and severity mapping (FESM) system was launched in July 2020, following several years of research and development through a collaboration between the Department and the Rural Fire Service.