This plan was on exhibition from 10 December 2021 to 11 March 2022. Public consultation for the draft plan has closed. 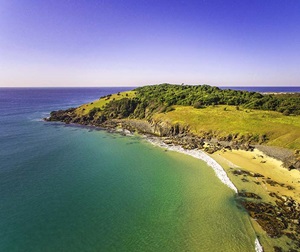 The parks are situated between Port Macquarie and Crescent Head on the NSW Mid North Coast. Key issues addressed in the draft plan include:

A community information session was recently held on the plan. We have added some extra information below to address some commonly asked questions.

This plan was on exhibition from 10 December 2021 to 11 March 2022. Public consultation for the draft plan has closed.

Why is a new plan being prepared?

Many things have changed since the current plans covering these parks were written. This draft plan responds to these changes and new information about the parks' values and management considerations.

When will the plan be finalised?

The Minister considers the plan, submissions and advice, makes any necessary changes and decides whether to adopt the plan under the National Parks and Wildlife Act 1974. Once a plan is adopted, it is published on this website, and key stakeholders, including those who made a submission on the draft plan, will be notified.

We are also developing a precinct plan for Point Plomer in Limeburners Creek National Park. This precinct plan will complement the plan of management by providing additional detail to guide the revitalisation of this precinct.

The draft Point Plomer precinct revitatalisation plan was on exhibition from 10 December 2021 to 20 Feburary 2022. Public consultation for the draft plan has closed.

Visit our Point Plomer page to find out more. 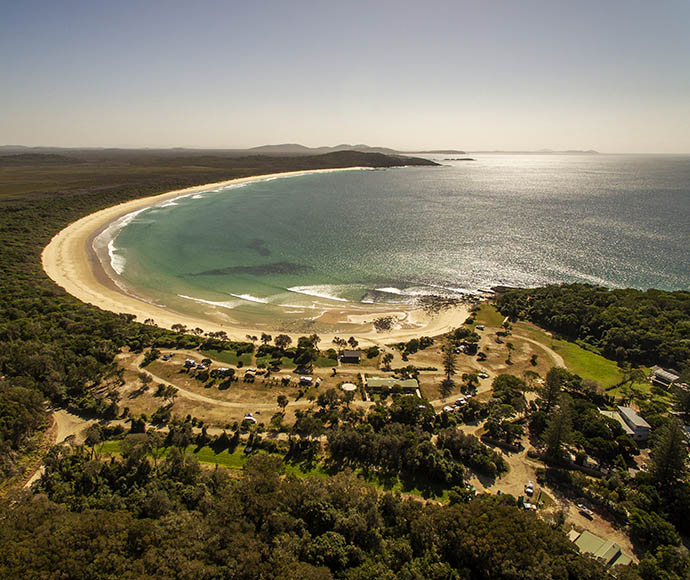 Is cultural camping addressed in the plan?

Cultural camping opportunities are provided at Back Beach Cultural Camp and Delicate Camping Area for the local Aboriginal community to connect with and care for Country. Under the draft plan, we will develop and implement a strategy for managing cultural camping within the parks.

Does the plan consider cultural burning?

The plan supports partnerships with the local Aboriginal community for cultural fire management in the parks.

What are you doing about weeds in the parks?

National Parks and Wildlife Service (NPWS) have a pest and weed program with funding allocated based on priorities each year. Key priorities include bitou bush and lantana (weeds of national significance and a key threatening process under the NSW Biodiversity Conservation Act), water hyacinth, Salvinia, coastal morning glory and prickly pear.

Weed works are prioritised around the headlands, as Themeda grasslands are endangered ecological communities.

How are wild dogs managed?

Local Land Services (LLS) are responsible for coordinating wild dog management programs across tenure. NPWS North Coast Branch has developed guidelines that identify triggers for reactive control of wild dogs where there is a risk to neighbouring lands or to ensure public safety.

Given the relatively thin strip of land that National Parks and Wildlife Service manages along the Goolawah coast, it is important to have a coordinated Local Land Services program involving most private landholders in the area.

Are any new walking tracks planned?

A few new connections may be constructed, or existing sections may be rerouted or realigned to improve walking experiences, protect park values, improve safety and expand opportunities. Options for improving visitor pedestrian access at the southern end of Goolawah Beach will be investigated, including the feasibility of formalising a pedestrian beach access track from the top Racecourse carpark to the beach, and at Big Hill day use area.

Has horse riding been considered under the new plan?

Recreational horse-riding opportunities are available in nearby parks, state forests and council-managed beaches. Horse riding is not permitted under the draft plan as it is incompatible with other recreational uses, particularly along the coastal strip, and with the protection of the parks' wilderness and wetland values, sensitive dune systems and threatened ecological communities. Horse riding is not permitted in Goolawah Regional Park due to safety issues with domestic dogs being allowed off-leash on Big Hill and Delicate beaches.

Does the new plan allow cycling?

Due to the steep terrain, dense vegetation, sandy soils and low-lying, wet nature of the parks, cycling opportunities are generally limited to park roads and beaches. To protect the park's natural values, cycling is not permitted on walking tracks or management trails in the parks, including within Limeburners Creek Wilderness Area.

Why does the draft plan remove access for dogs through Goolawah National Park?

Providing dog walking opportunities for the community is generally a local government responsibility. A transitional arrangement for dog walking through Goolawah National Park is in place under the previous Statement of Management Intent. The draft plan intends to cease transitional arrangements to protect important conservation values and ensure consistency with NPWS Pets in Parks Policy of no dogs in national parks. Once adopted, dogs would no longer be permitted in Goolawah National Park, including on Paul Clancy Trail, Back Crescent Beach Access, or NPWS managed areas of Goolawah Beach.

Where will I be able to walk my dog?

There are dog-friendly areas accessible by sealed road from Crescent Head in Goolawah Regional Park at Delicate Camping Area, Delicate Beach and Big Hill Beach north of the day use area. There are also other areas outside the parks managed by Kempsey Shire Council.

Can Goolawah National Park be changed to a regional park?

National Parks and Wildlife Service does not support the proposal to re-categorise the intertidal zone south of the beach access and other parts of Goolawah National Park to a regional park to enable dog walking. Re-categorising a reserve to a lesser level of protection status is not consistent with national parks providing protection in perpetuity for conservation.

Why are you closing Goolawah beach access to recreational four-wheel driving?

We considered a number of factors when proposing to close this beach under the draft plan, including visitor safety, protection of native wildlife and vegetation and protection of cultural sites in line with the NPWS Vehicle Access Policy.

Are you closing access to North Shore Beach too?

No, recreational four-wheel driving is still permitted on North Shore Beach in Limeburners Creek National Park, south of the access track at Queens Head and within the intertidal zone only. Four-wheel drive access is permitted in areas of the parks where it is compatible with conservation and visitor management objectives.

Will commercial fishers still have access to Goolawah Beach?

Yes, current access will continue. Commercial beach fishers are licensed by NSW Fisheries and consents given by the NSW Government. National Parks and Wildlife Service do not have jurisdiction over these licenses. Commercial fishing is an economic livelihood and is normally limited to defined periods of the year based on fish behaviour and which generally is not when we see high visitation.

Camping and day use areas expand

What is the Point Plomer precinct revitalisation?

Consultation on the concept plan has now closed.

Will you be adding more campgrounds?

The draft plan proposes no additional camping areas for these parks. Existing facilities may be replaced or revitalised to improve the visitor experience and manage impacts on the parks' natural and cultural values.

Will the look and feel of the campgrounds change when revitalised?

We are committed to retaining these campgrounds' laid-back beach camp style when undertaking precinct planning.

Can I still have a campfire in the parks?

We acknowledge the community's wish for campfires in these parks, and fires will be permitted only in designated fireplaces provided or in raised braziers in the camping areas. Ground fires are not permitted.

Will you be updating the day use areas?

Opportunities for formalising a day use site off Maria River Road will be investigated to help mitigate impacts from informal use occurring in Limeburners Creek National Park. No other new formal day use areas are proposed in the draft plan; however, existing facilities may be replaced or revitalised to improve the visitor experience, improve safety and manage impacts from the increasing level of use.

When did Goolawah beach come over to National Parks and Wildlife Service?

The intertidal zones along Goolawah Beach in Goolawah National Park, and Delicate and Big Hill beaches in Goolawah Regional Park, were added to the parks in 2015. See the planning considerations document for more detail on the park's gazettal history.

The NSW Government acquires land for reservation under the National Parks and Wildlife Act 1974, in a 4-step process involving assessment, prioritisation, consultation and approval. See our land acquisition page for more details.

Does the plan include a comprehensive wildlife survey?

An action in the draft plan is to undertake surveys to map the presence and distribution of threatened ecological communities, habitat for significant fauna and significant plant species. It is recognised that there is a need for more information particularly as the Goolawah parks are relatively recent additions. Information on species currently known and expected to occur in the parks can be found in the planning considerations document.

What is planned to restore and reopen Goolawah Lagoon?

During the 2021 floods, Goolawah Lagoon temporarily reopened. River and creek entrance investigations undertaken as part of Kempsey Shire Council’s Coastal Management Program make recommendations to restore natural processes, which may improve water quality and reduce impacts from weeds. This may change the composition of flora and fauna in and around the lagoon from freshwater systems to more saline-dependent species, potentially impacting some threatened species. Further research is required to understand the presence of native plants and animals in and around the lagoon and determine the potential impacts any hydrological changes may have on threatened species. Any reopening would be in consultation with relevant authorities.

What do you mean by connectivity?

The draft plan proposes focusing on improving the east-west connection with Maria National Park by pursuing strategic acquisition of lands and protecting and enhancing native vegetation on public and private lands in the vicinity of the park, particularly in identified wildlife corridors. It also aims to widen the north-south corridor.

Complete the online form below to register your interest. You will be notified of future milestones for this plan.