Many NSW wetlands are nationally significant, protected under a coastal planning policy or in national parks. 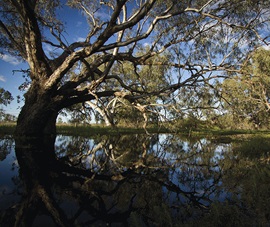 Nationally significant wetlands are listed in the Directory of Important Wetlands in Australia and are known as DIWA wetlands.

To be included on the list, wetlands need to meet at least one of 6 criteria covering factors such as their ecological role, their social and cultural values and the plants and animals that rely on them.

There are 198 DIWA wetlands in New South Wales.

The policy aims to preserve and protect wetlands such as coastal lakes and lagoons (1.2MB).

There are more than 1500 coastal wetlands in New South Wales listed under SEPP 14.

SEPP 14 is due to be replaced by the Coastal Management State Environmental Planning Policy. 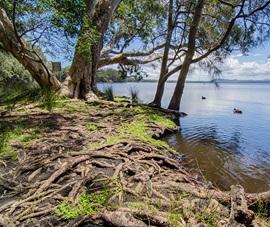 About 7.2% of wetland area in New South Wales is within national parks.

In fact, some national parks and nature reserves were established to protect wetlands that are rare or threatened.

These parks and reserves include: