Why wetlands are important

Wetlands perform many functions and are vital for environmental, economic, social and cultural reasons. 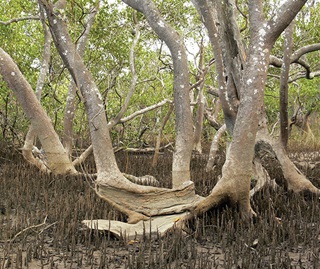 Wetlands are important for a number of reasons.

They perform environmental functions, including:

Wetlands support agricultural activities because they’re a source of water for irrigation and livestock and for domestic consumption.

This can be seen in the fact that pastures on inland floodplain wetlands are more productive than those in adjacent areas.

Many commercially valuable species of fish, crabs, prawns and yabbies feed and spawn in wetlands, which provide nursery habitats for juveniles.

Fish species that inhabit NSW wetlands include golden perch, Australian smelt, bony bream as well as introduced species such as the brown trout, rainbow trout, and redfin perch which were introduced to improve freshwater angling.

Wetlands support sustainable forestry for those species that are more highly dependent on water, such as river red gums and tea trees.

For example, some river red gum forests have been harvested for more than 150 years.

They also provide a filter between surface water and shallow groundwater resources.

Wetlands reduce the risk of flooding by slowing down the movement of floodwaters along rivers and releasing water over time.

River systems with intact wetlands close to their sources have more consistent flows than rivers where the catchment and its wetlands have been largely cleared.

Some wetlands are important for providing fresh water to large urban areas, especially in times of low rainfall.

For example, the hanging swamps in the Blue Mountains supply water to Sydney.

Wetlands provide habitat for birds, which can play an important role in helping to control pests on nearby farms.

Flocks of straw-necked ibis frequently forage for grasshoppers and other leaf-eating insects in crops such as lucerne, which is mainly used for producing hay and silage, and for pasture.

As each bird can consume up to 25% of its body weight in grasshoppers in one day, they are often called ‘farmer's friends’. This means that there is less need for costly and polluting chemical spraying to control insect pests.

Wetlands cover about 9% of the earth’s surface and are estimated to contain around 35% of global terrestrial carbon.

This is because wetlands absorb carbon dioxide and other greenhouse gases from the atmosphere, reducing their impact on the environment and helping to slow down climate change.

Coastal wetlands, such as saltmarsh and mangroves, are likely to be of most benefit. The rates at which they absorb carbon dioxide are several times higher than those for the Amazonian forests, which are an important global ‘carbon sink’.

Conversely, if we drain melaleuca and mangrove forest wetlands, that would turn them from carbon sinks into carbon sources. Instead of having a positive impact on climate change, they would have a negative impact.

Wetlands are of high cultural significance to Aboriginal people, many of whom recognise the cultural value of biodiversity and the environment. Wetlands also provide them with a strong connection to Country.

Aboriginal people have a long history of interacting with wetlands and feel they have a custodial relationship with those areas. Many want to protect the cultural value of wetlands by:

For example, the Werai Forests have traditional and contemporary significance to the local Wamba Wamba/Wemba Wemba and Barapa Barapa/Perrepa Perrepa people.

The National Parks and Wildlife Service (NPWS) currently manages the lands, but a transfer has been proposed to the Werai Land and Water Aboriginal Corporation, which consists of the local traditional owners.

The NPWS is negotiating an Indigenous Land Use Agreement for the transfer and future co-management agreement with the corporation.

The traditional owners also propose to have the Werai Lands declared as an Indigenous Protected Area under the Commonwealth’s National Reserve System.

Wetlands have historical and social significance because of their contribution to the development of inland regions.

Before railways and roads were built, wetlands along rivers such as the Murray, Murrumbidgee and Darling were used as transport routes for delivering agricultural products such as wool to markets.

River red gums in the Murray River’s Barmah and Millewa Forests have been harvested since the early 1800s. They’ve provided timber for buildings, bridges and railway sleepers, and fuel for paddle steamers in earlier times.

Many towns along the Murray now celebrate their river and wetland heritage, and provide facilities for tourism and recreation.

Wetlands provide important locations for scientific research and play an important role in educating people about biodiversity and natural processes in NSW.

Schools, universities and the public visit wetlands to learn about the ecological importance of wetlands and the other benefits and services they provide to the community.

Wetland education centres can be found at 8 locations in NSW.

NSW wetlands are home to many plants and animals. Some live only in particular types of wetlands, while many species rely on regular flooding cycles to reproduce.

Wetlands are an important stopover for many migratory birds and feature many of Australia’s most iconic and important species such as the river red gum, freckled duck, southern bell frog and Murray cod.