The 2020–21 water year delivered a range of extremes from cease-to-flow conditions to overbank flows in some areas.

Drought conditions began to ease in early 2020 with upstream rainfall providing localised replenishment of the system as the 2020–21 water year began. However, in late 2020, cease-to-flow conditions returned to much of the Barwon–Darling system before significant flows commenced in late December, peaked in March–April and continued through to the end of the water year.

Environmental flows delivered from tributary catchments supported localised replenishment in the Barwon River until rainfall provided sustained relief from cease-to-flow conditions and an improved environmental outlook for the 2021–22 water year. For example: 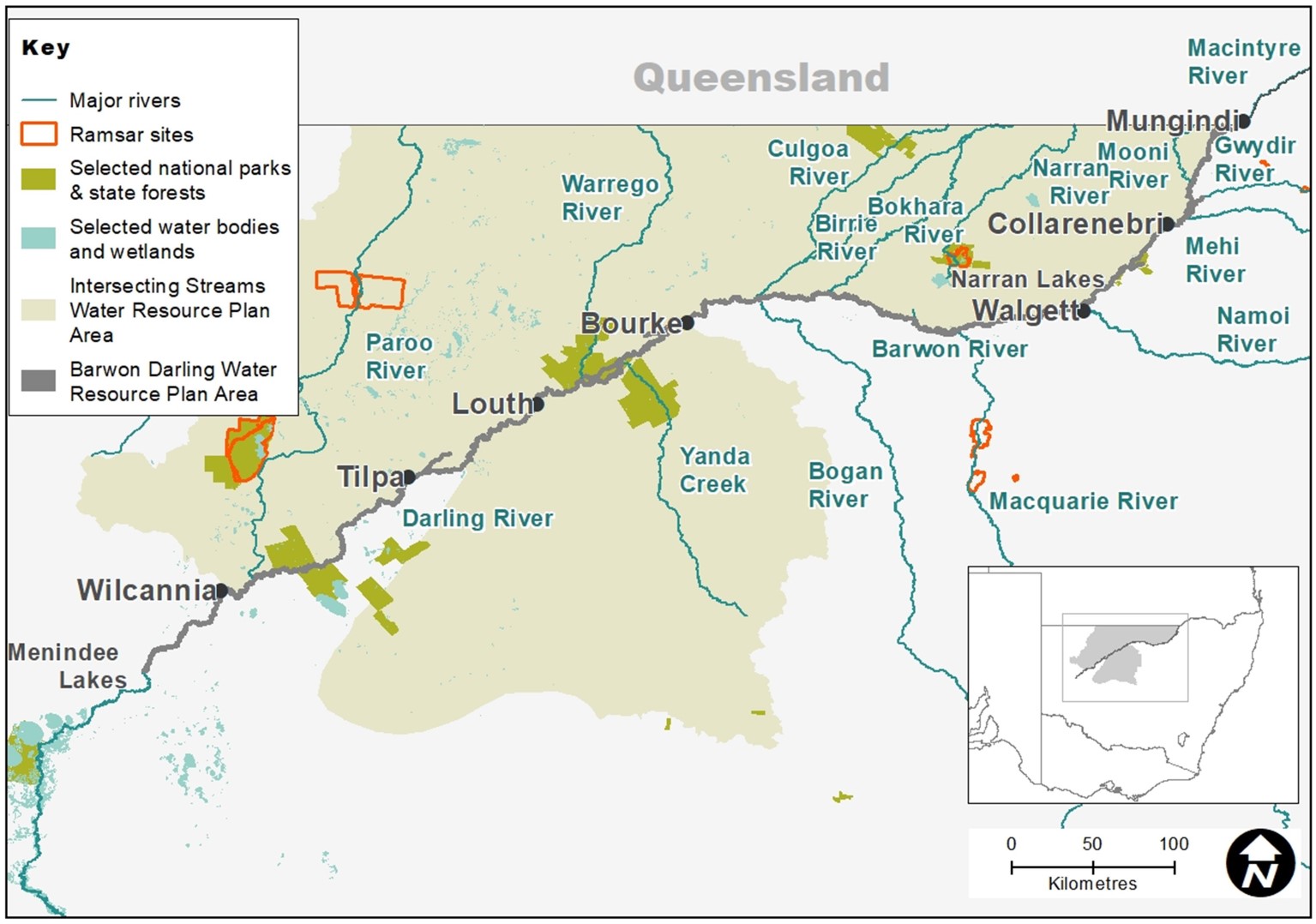 A moderate resource availability scenario was forecast for the catchment, as outlined in the Barwon–Darling rivers: Annual environmental watering priorities 2020–21.

The focus of water managers was to maintain connection or replenishment where possible during dry conditions and promote recovery of connection during moderate to wet conditions.

By November 2020, conditions in the Barwon–Darling had begun to deteriorate with refuge pools starting to dry up in some areas, particularly between Mungindi and Collarenebri. The Department of Planning, Industry and Environment, in collaboration with the Commonwealth Environmental Water Holder (CEWH), delivered water for the environment from the Border Rivers and Gwydir catchments to replenish waterholes in the upper reaches of the Barwon River.

Due to the extended period of cease-to-flow conditions, the ‘resumption of flow rule’ in the Water Sharing Plan for the Barwon–Darling Unregulated River Water Source 2012 was triggered for the first time, which protected much of this event in early January. CEWH licenses were also used to protect a portion of this event as it moved through the system.

These environmental flows were later supplemented by natural flows which further replenished the system.

By March, unregulated high flows from the Border Rivers and Gwydir reached the Barwon and continued through April. Significant inflows from the Macintyre, Moonie, Gwydir, Namoi, Castlereagh, Macquarie and Culgoa combined to deliver more than 1000 gigalitres to the Barwon–Darling in this 2-month period. The Warrego also contributed to flows in the Darling in April and May.

Over 1000 gigalitres of water reached Menindee Lakes between January 2021 and the end of the water year. This was the first significant inflow to the lakes in 5 years, providing much needed water for the Menindee Lakes ecosystems and an opportunity for fish and other aquatic species to use the lakes for feeding and breeding. 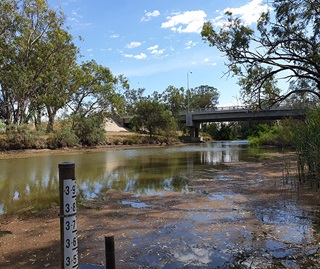 Water quality monitoring in refuge pools in the Barwon River between Mungindi and Collarenebri identified low dissolved oxygen levels in December 2020. This was associated with an extended period of very low and cease-to-flow conditions.

Consultation between an interagency working group in the Border Rivers and the Gwydir Environmental Water Advisory Group identified options for delivering water for the environment to the Barwon River to reduce the impact of drought on fish refuge habitat. 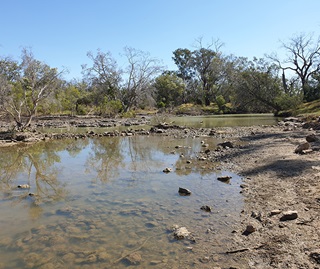 A volume of water was available in Pindari Dam due to the under-delivery of translucent flows as required by the Border River Regulated Water Source Water Sharing Plan 2009. This payback water, along with a small volume of Commonwealth Environmental Water Holder (CEWH)-held water for the environment, was used to ‘piggyback’ on a WaterNSW block release to Mungindi at the bottom of the Border Rivers catchment. The total volume of water for the environment delivered to the Barwon River from Pindari Dam for this event was 3 gigalitres. The resulting flow replenished waterholes from Mungindi to upstream of Collarenebri.

An additional 5 gigalitres of CEWH-held water for the environment was delivered to Barwon River from the Gwydir via the Carole/Gil Gil system. This volume replenished waterholes between Collarenebri and Walgett.

Environmental flows released from the catchments were protected under active management rules, and the payback volume from Pindari was protected because it did not exceed the threshold to allow A-class licence holders to pump water.