The health of our estuaries is threatened by coastal development, declining water quality and loss of habitat for native species.

Estuaries are impacted by pressures from human activities as well as natural events such as storms and floods. They are complex, dynamic and relatively fragile environments. Estuaries are particularly sensitive to inappropriate catchment development, increased levels of sediment and nutrients and the degree of tidal flushing – the exchange of fresh water and ocean water. 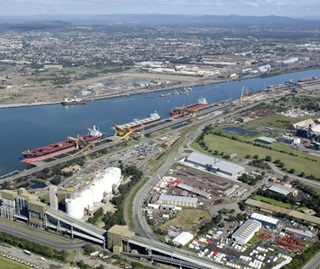 The health of estuary ecosystems is threatened by:

What we do about threats to estuaries

We work to manage and protect estuaries. Our scientists conduct research and monitor the health of estuaries. We regularly collect and analyse data on the physical properties of estuaries, including their habitats, biodiversity and water quality.

We use past surveys to compare with present estuary conditions and we work to identify the major threats to estuaries and the causes of these threats.

To help with monitoring, evaluating and reporting on estuary health, we have developed the Coastal Eutrophication Risk Assessment Tool or CERAT. This tool allows us to identify current threats and probable outcomes and is used to inform land-use planning by local councils.

Causes of threats to estuaries

Population growth and coastal development are two of the key causes of threats to our estuaries.

Over 80% of the population of New South Wales lives in coastal areas, including the shores of estuaries. Much of the northern and central coastline of NSW is far more densely populated and developed than other parts of Australia and is under greater environmental pressure.

Coastal areas attract millions of visitors in summer holidays and estuaries are often the focus of outdoor activities such as recreational fishing and boating, placing additional strain on natural resources and infrastructure.

Urban development has had a negative impact on estuarine environments. Channels have been dredged, wetlands drained, saltmarshes and tidal flats filled, waters polluted, and shorelines reclaimed to accommodate housing, transportation, and agriculture needs.

Many of the environmental issues that relate to water quality and habitat loss overlap:

Rapid population growth and expanding development is affecting estuarine ecosystems. Urban, industrial and port development, tourism, and other uses have been responsible for significant degradation of the coastal strip of NSW.

Threats from coastal development include:

The widespread degradation of intermittently closed and open lakes and lagoons (ICOLLs) is a serious local and national problem. Major causes are elevated nutrients, sedimentation, pollution, inappropriate coastal development, flood mitigation and overfishing. Of particular concern are the unique coastal lakes that are not represented in the less populated and less degraded parts of Australia.

The NSW coast is subject to a generally moderate wave climate periodically affected by large wave events originating from offshore storm systems. Such events, particularly when they occur coincidentally with high water levels, may cause coastal inundation, beach erosion, damage to property and marine structures, and risks to public safety.